At the tail end of June the Supreme Court ruled in favour of legalising same-sex marriage in all 50 US states, by a decision of 5-4, marking a huge results for campaigners all ove the world.

The ruling means individual states cannot keep same-sex couple from getting married and must recognise their unions. Judge Anthony Kennedy, who was seen as a pivotal swing vote in the case, was quoted at saying:

They ask for equal dignity in the eyes of the law. The Constitution grants them that right

This simple but very effective visualisation from NPR shows how the ruling affected each US state, by comparing how each state viewed same-sex marriage before the Supreme Court ruled, and how those same states now have to treat same-sex unions: 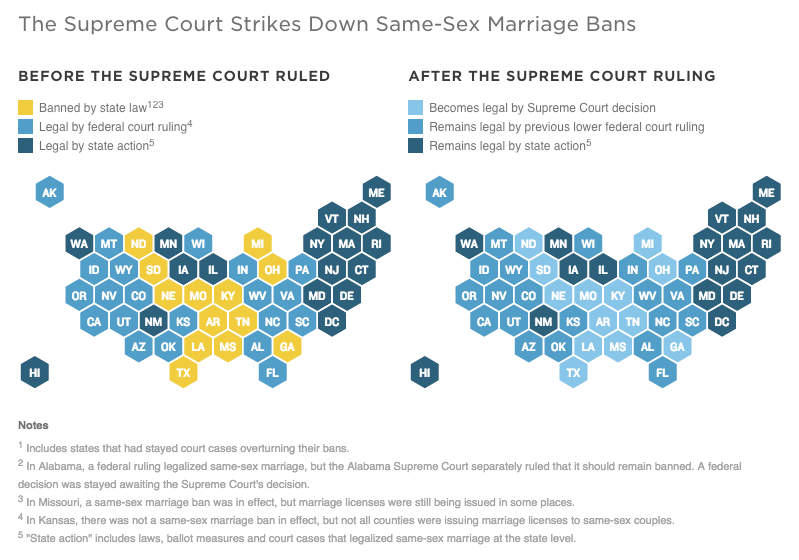