There is a gloomy poignancy to the work of Toronto-based artist Matt Bahen, who appears to favour muted grey skies over vibrant sunsets.

All of his oil paintings feature one moving element, e.g., birds, fire, dogs, a river, each rendered statically, captured frozen like a photograph, but adding a sense of drama and narrative. Painted in smallish brush strokes that still evoke a painterly suggestiveness, they have a sombre colour palette that adds a stately pathos to the scenes, all of which are uninhabited by people. This sense of vacancy adds to the eerie effect; they seem to be paintings of a presence that is defined by absence, larger than the human presence, the all encompassing void. 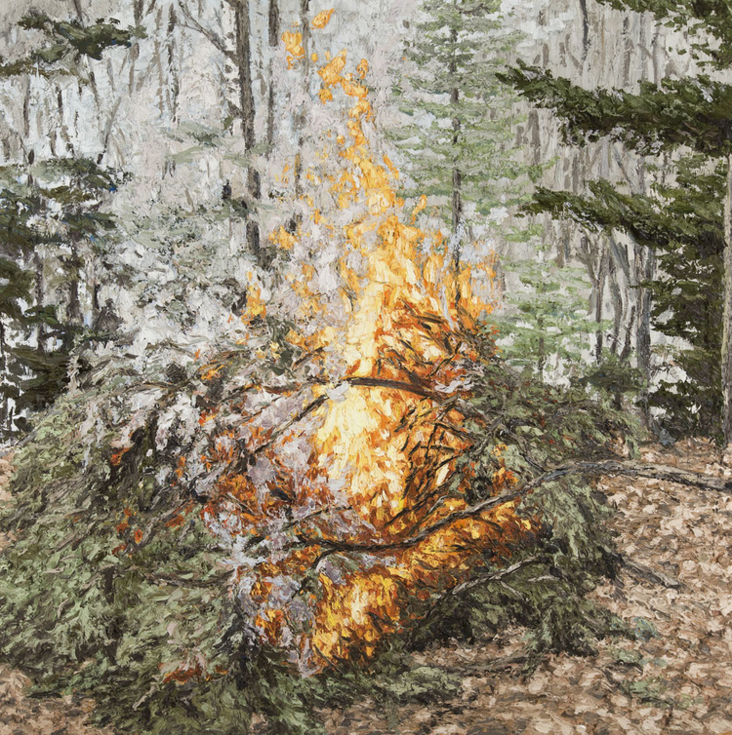 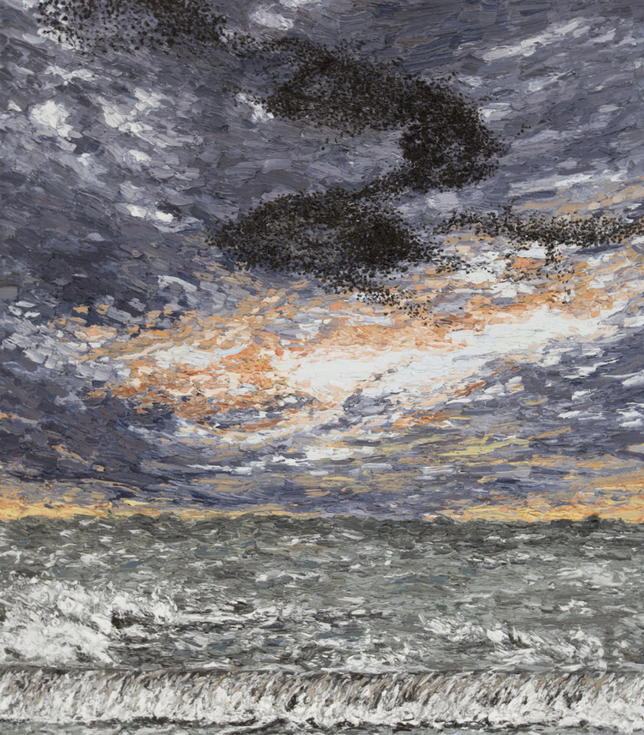 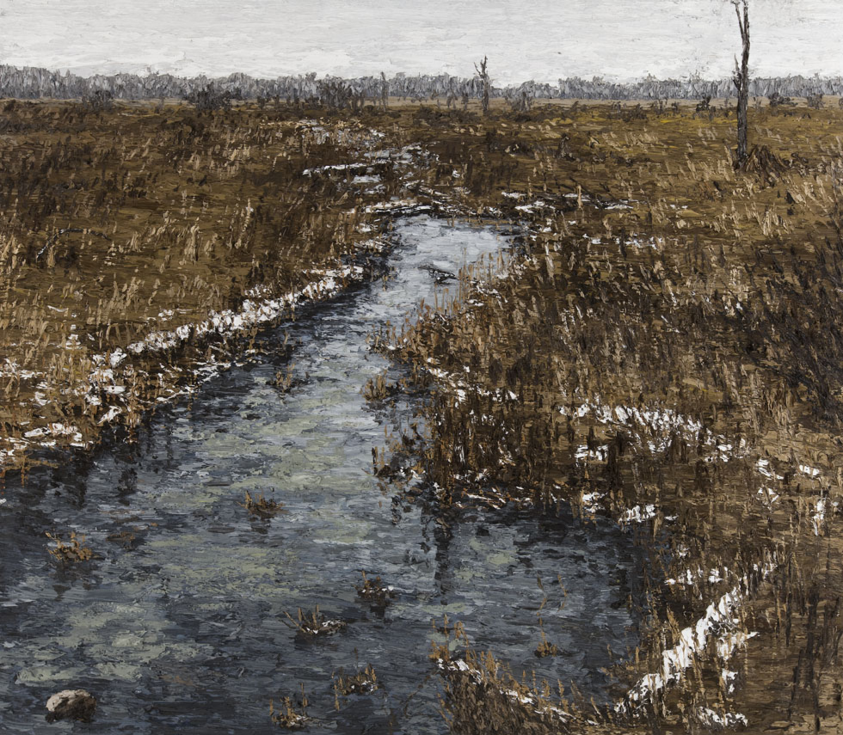 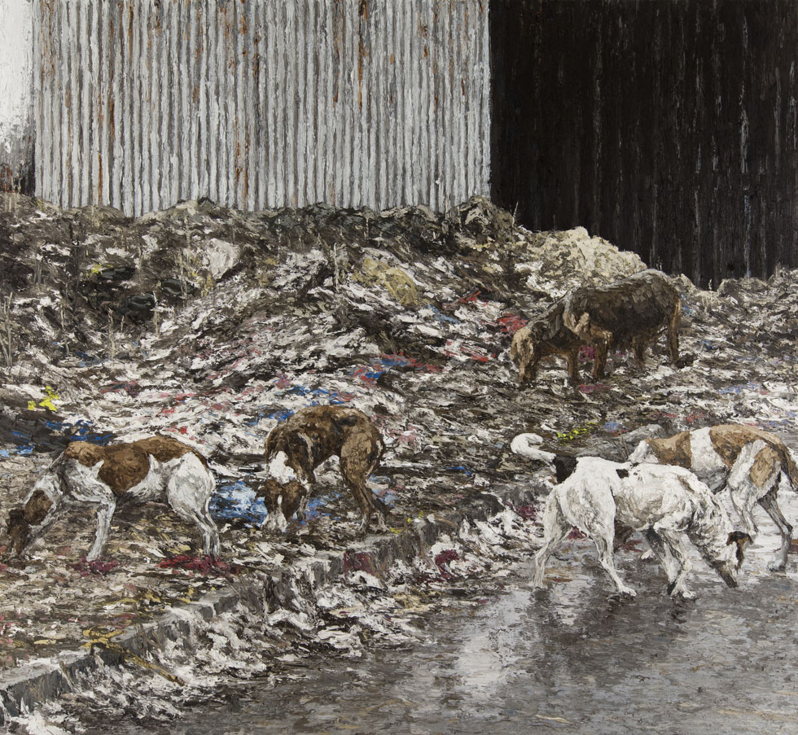 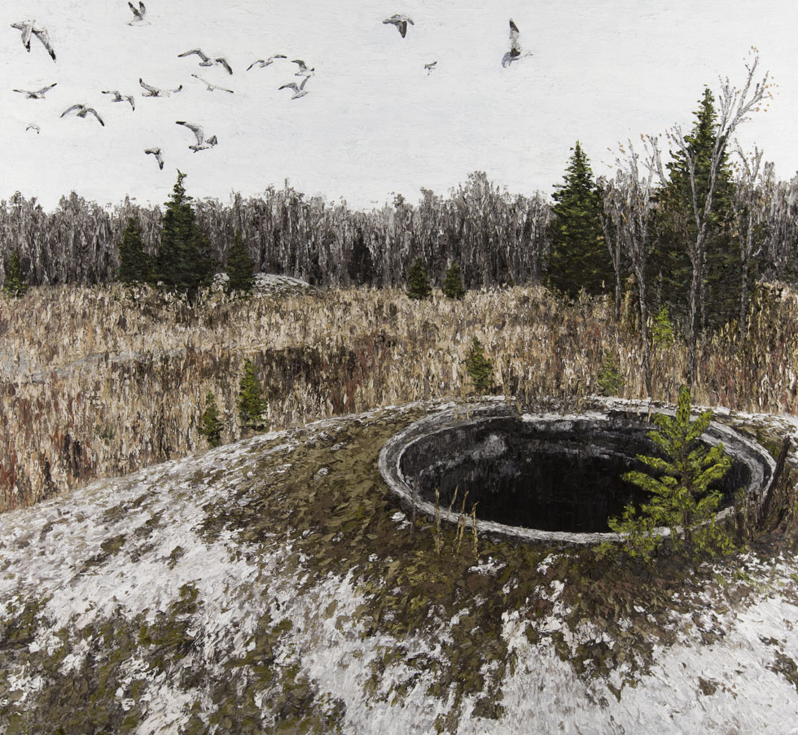