Stop me if you’ve heard this one before… A robot walks into a bar. The bartender says, “we don’t serve robots.” The robot replies, “no, but one day you will.” The field of robotics is growing rapidly, and technological advances are paving the way for a heavily automated world, one in which artificial intelligence will play a pivotal role. The full ramifications of such technology are only partially understood, but there have been speculations in literature and cinema as to some of the potential problems that could arise from the creation of sentient artificial intelligence.

Long before we started worrying about losing our jobs to an algorithm, AI was just science fiction. Some binary beings were portrayed as kind and loveable. Others, destructive and unreliable – much like human beings, really. Asimov’s ‘Three Laws of Robotics’ are neglected by many of the latter. Here’s a roundup of a few of the more interesting androids, robots and conscious computers in cinema. It is by no means definitive, but will hopefully serve as a nice overview of some silicone-brained characters.

Short for Heuristically programmed ALgorithmic computer, HAL is a friendly, gentle and chatty type of guy until he starts malfunctioning and talk aboard the spaceship turns to switching him off. HAL doesn’t want to be shut down. Not only is he better at chess than spaceman Dave, he is also capable of speech and speech recognition, facial recognition, automated reasoning, and lip-reading; which is concerning when you’ve upset him and he’s in charge of the pod bay doors. 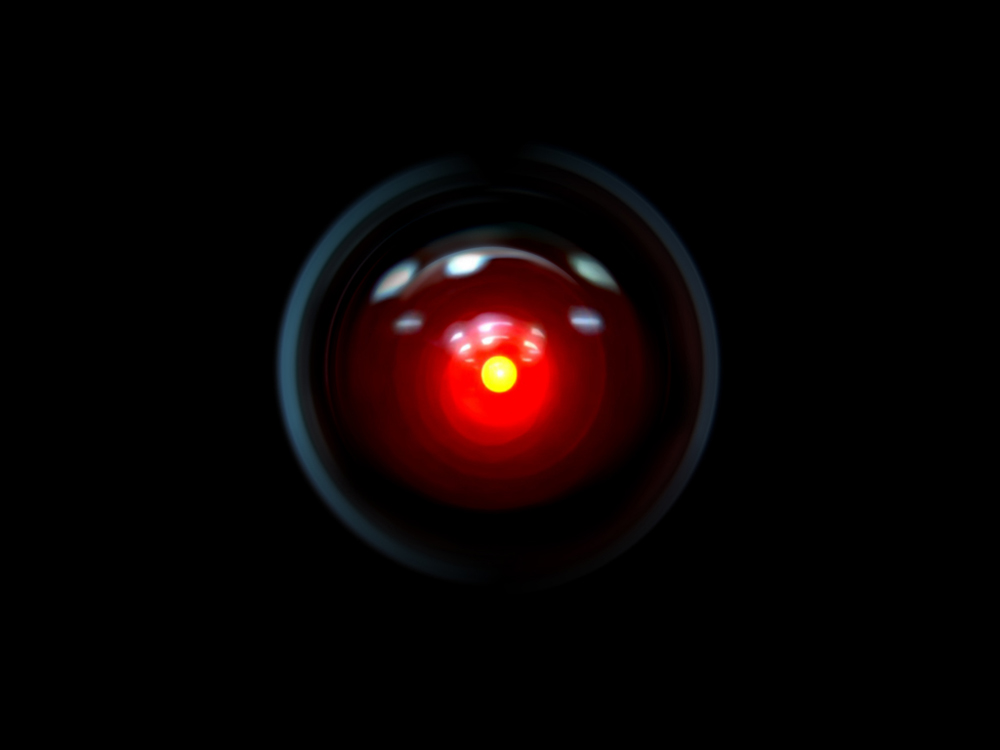 R2D2, as you will know, is the friendly but occasionally irritable droid from Star Wars, who talks in beeps. He is quite helpful for passing messages around and can understand all sorts of languages, but he’s not so good with stairs. 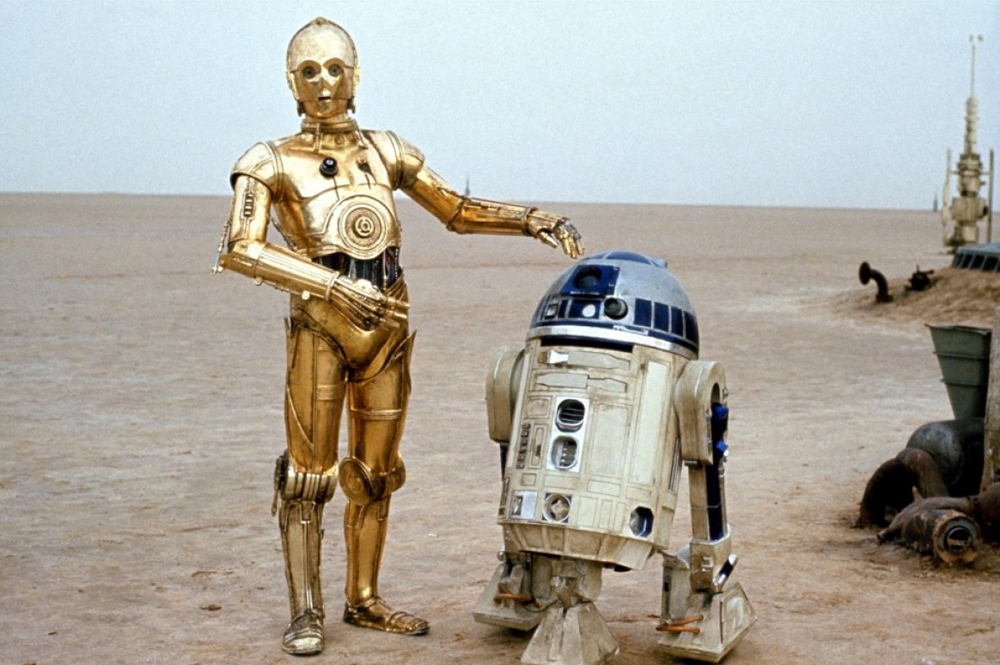 The Terminator is described as a ‘cybernetic organism’ rather than ‘android’ as, under the living tissue, it is entirely synthetic. The distinction isn’t very clear, but you’d want to distinguish between the Terminator from the original film (heartless assassin hellbent on destruction) and the Terminator from the excellent sequel (self-sacrificing guardian of John Connor who, in turn, teaches him to use cool slang like “hasta la vista, baby” as he dispatches bad guys). 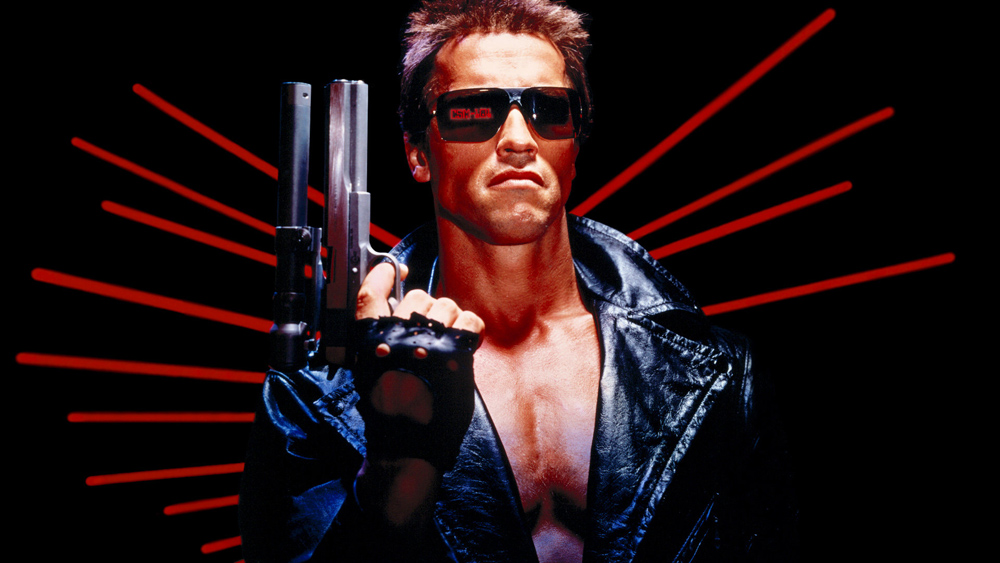 Much like R2D2, he is a loveable lump of metal. He is keen for ‘input’ and reads books like flipbooks, absorbing data in a way that made nerdy kids jealous. Like HAL, he doesn’t like the prospect of being shut down and will yell out “no disassemble”. An appropriate response. 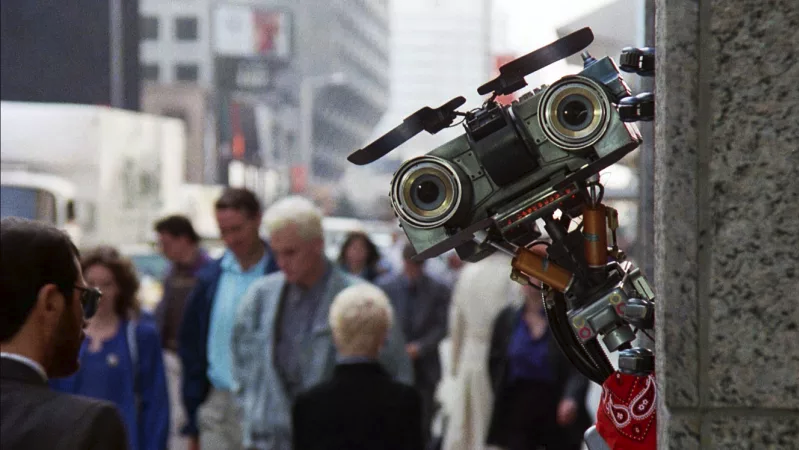 AVA is the artificial intelligence that is the focus of Alex Garland’s spellbinding meditation on what makes us human, Ex Machina. She appears to be eerily lifelike, but is more intelligent than the programmer meant to be applying the Turing test even realises. It isn’t long before software magnate Nathan wonders exactly what he has created. 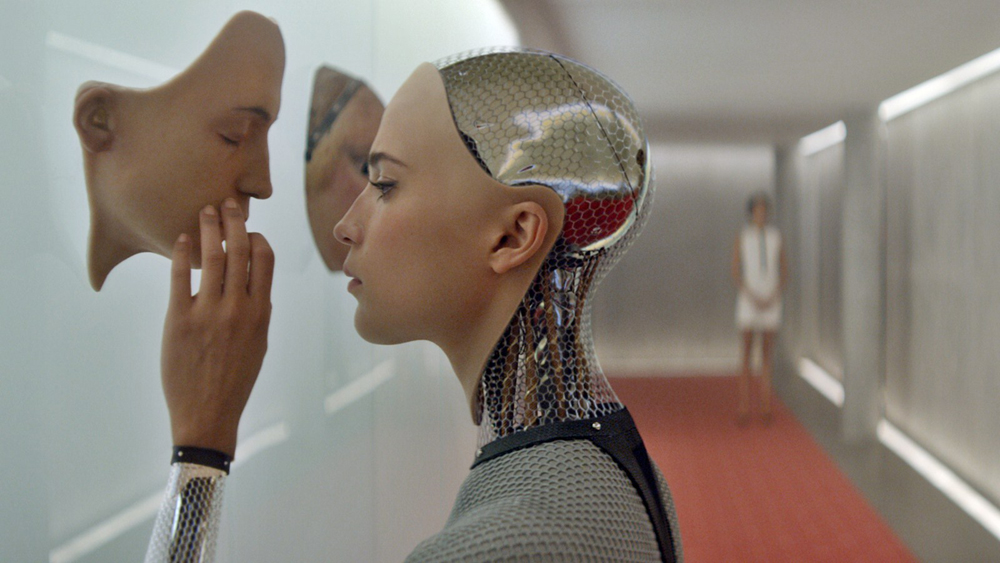