Black and white photographs perpetuate a myth about the past, that is understandable from a psychological point of view. They are drained of colour, and colour is such a signifier for vitality that when we look at them we imagine the past as somehow less real than today. But it happened, and the people then, though they are not around now, were as alive as you and I, and their lives were as full of drama. They too probably felt like their youth was going to last forever, that they were at the forefront, the most advanced people that had ever been. The technologies of the day that to us seem antiquated were to them as new and exciting as the latest digital gadget. I’m forcing the point, but it’s a point worth making. Nobody sees themselves as part of history, nor history as fully real.

These photographs by Japanese artist Satoru Aoyama break the spell. By making the activity of embroidery stand out from the monochrome backgrounds he gives us a sense of the hands-on experience of craft as if it were happening now. Even more so than the colourised black and white photos that were doing the rounds some months ago, these embroidered patches of bright colour jump out of the page and reframe images that look like ghostly glimmers of the past to become almost visibly alive in some parallel dimension. The permanence and substantiality of our temporal surroundings is thought by many to be illusory and understandably so. How much has changed in the duration of your life? How much change is yet to come? And what a small portion that is in the history of human life, the planet, the universe. We are only alive a moment. As Samuel Beckett put it, we are ‘born astride of a grave’. These thoughts may seem tangential, but I am not stretching for them, they were triggered by these marvellous photographs. What will they trigger in you? 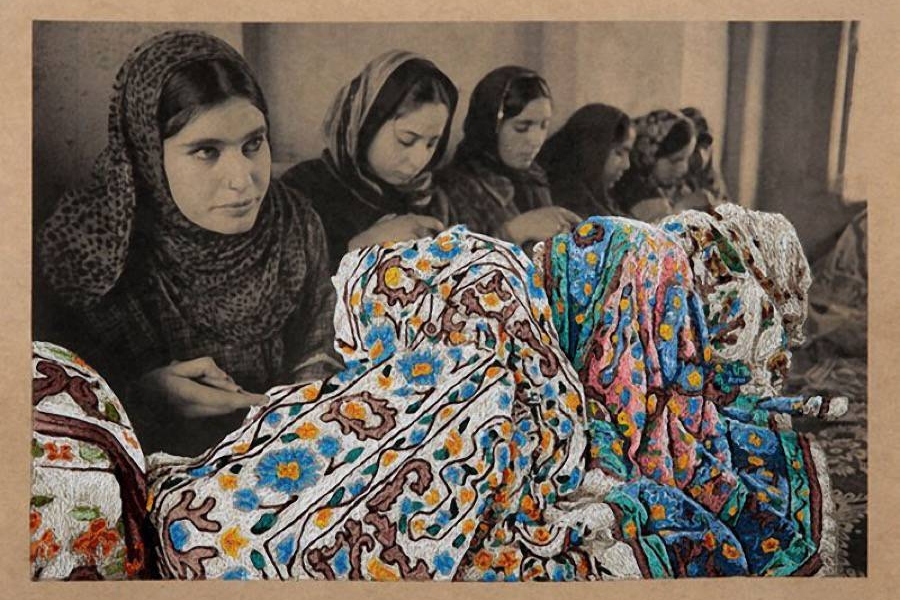 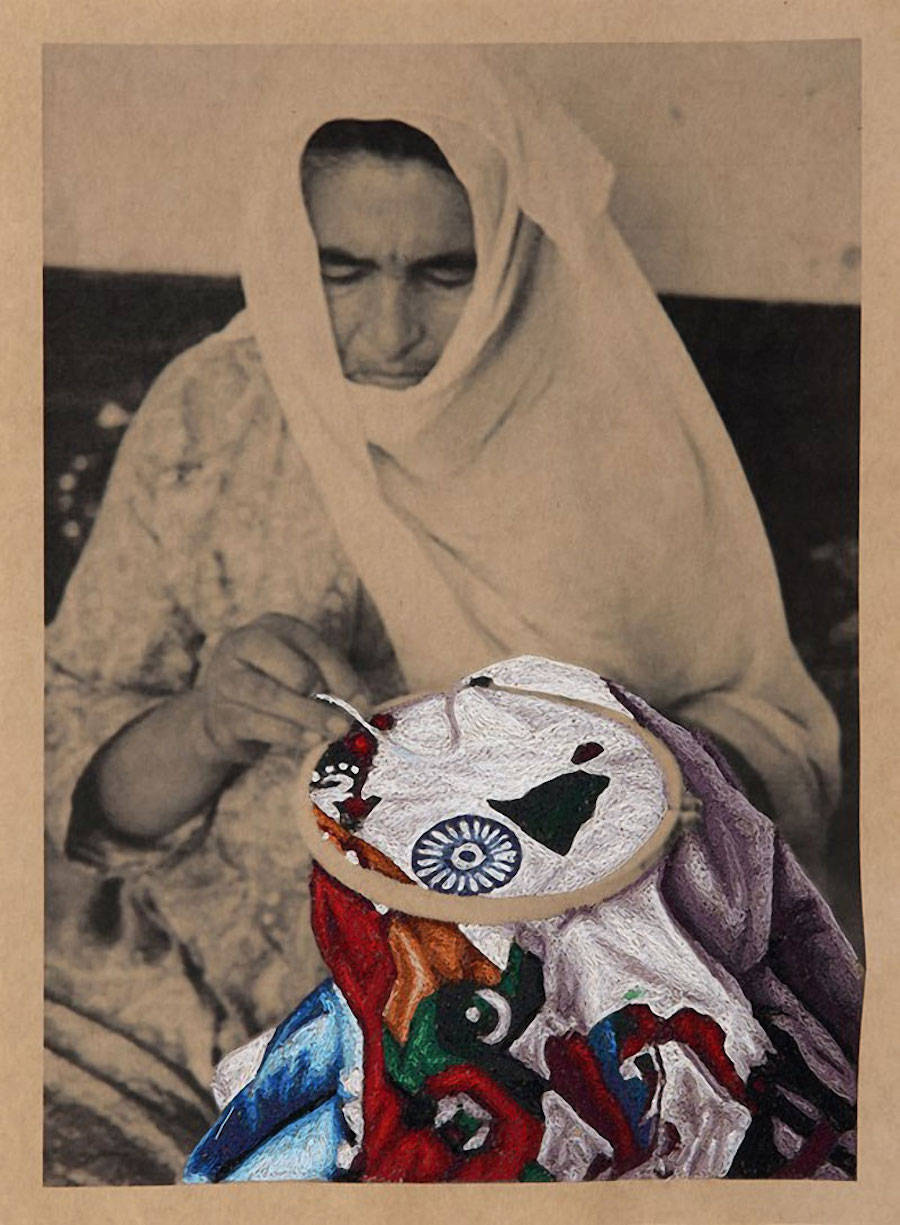 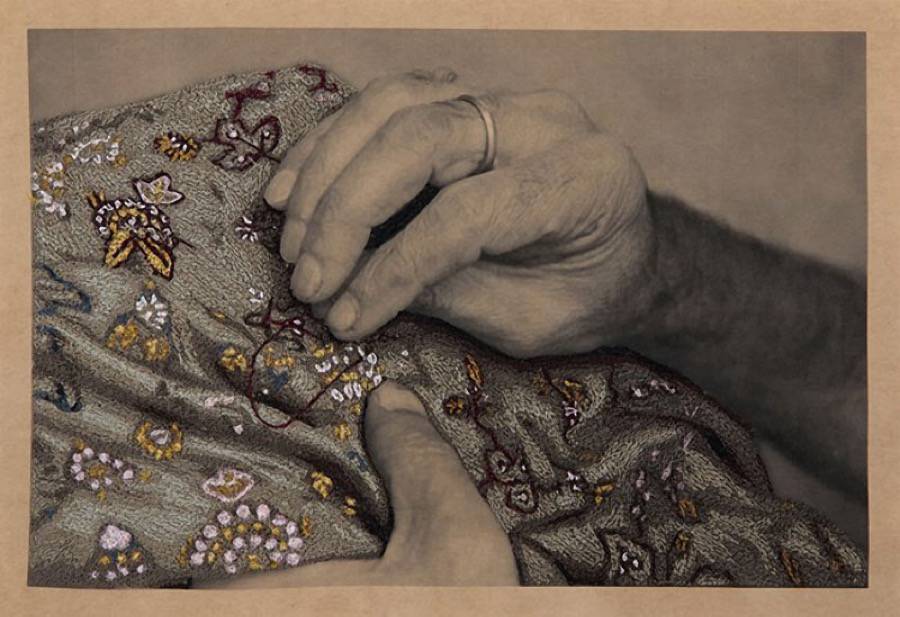 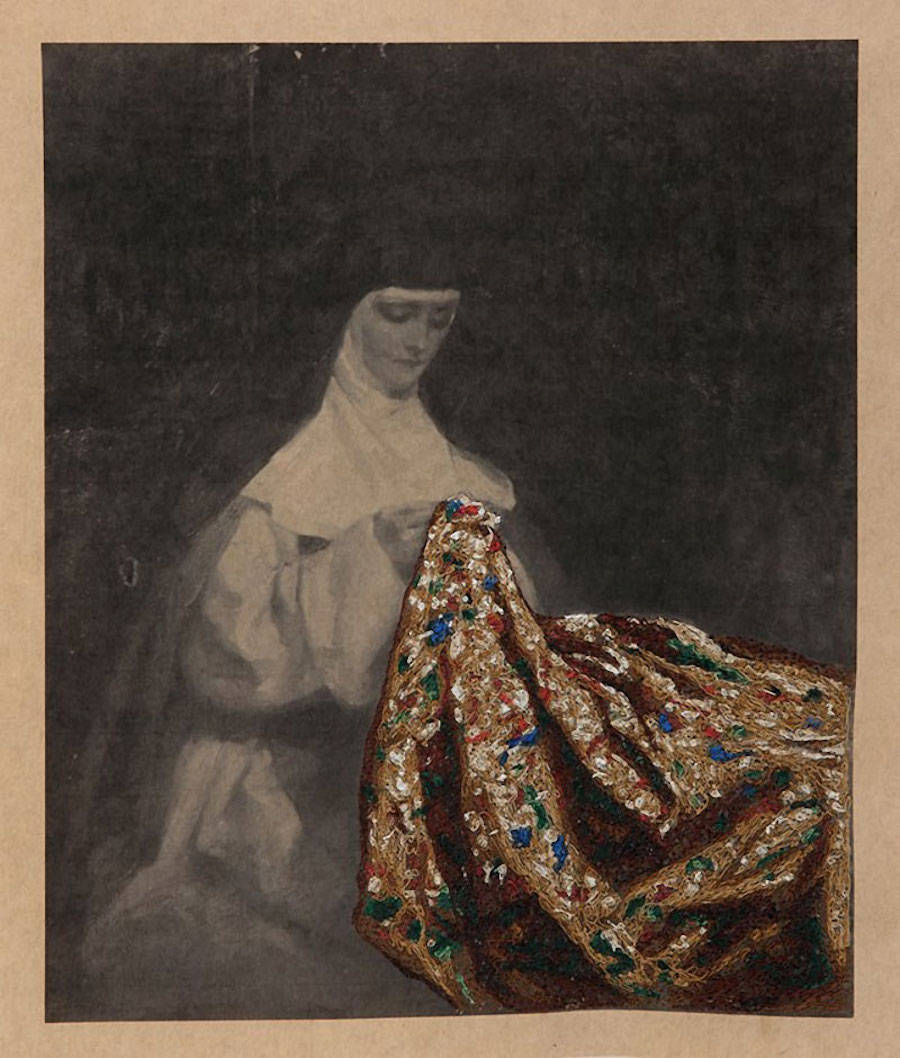 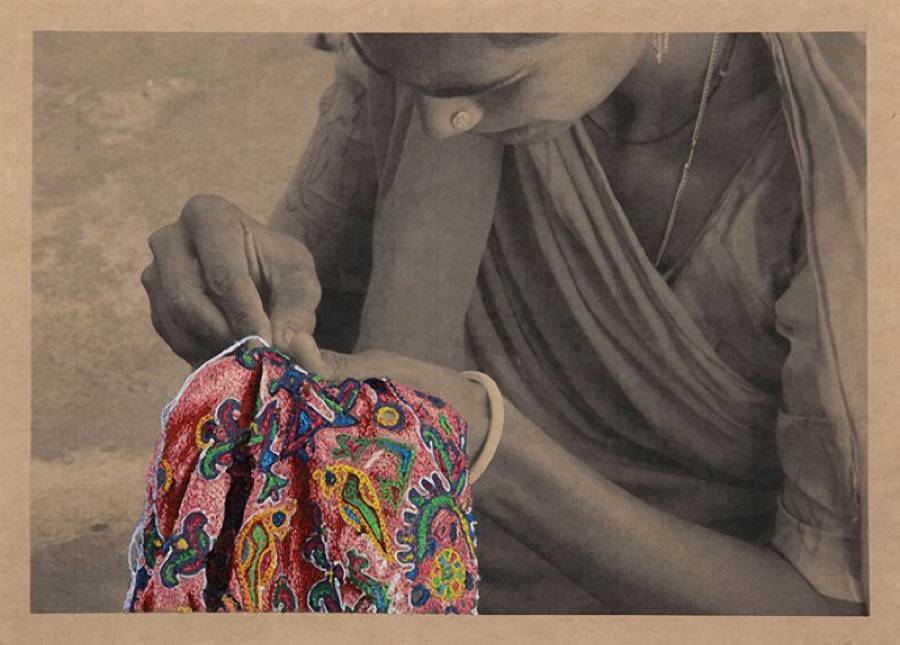