Almost a year ago, we published an article about Loving Vincent, the Van Gogh biopic animated entirely from oil paintings. In anticipation of its release, let’s take a look at five of Van Gogh’s most iconic paintings from the last few years of his life: 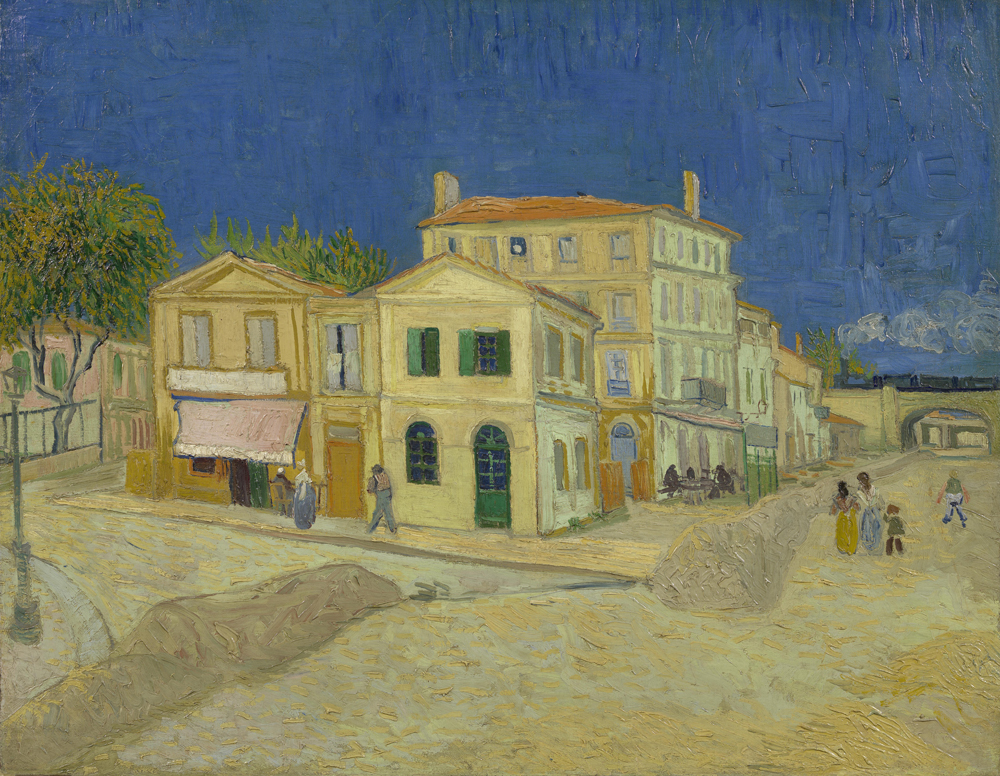 In May 1888, Van Gogh rented the east wing of a house on Place Lamartine in Arles, France. A studio and a kitchen on the ground floor, and two bedrooms upstairs, one of which was occupied by Van Gogh’s friend Paul Gauguin for a period of two months later that year. The pink building on the far left depicts the restaurant where Van Gogh went for supper every day, and just beyond the second bridge lived his friend, the postman Joseph Roulin. In a letter to his brother Theo dated 29th September 1888, he wrote, “it’s tremendous, these yellow houses in the sunlight and then the incomparable freshness of the blue.” The painting serves as a document of this time in Arles as the house is no longer there, having fallen victim to Allied bombing during World War Two. 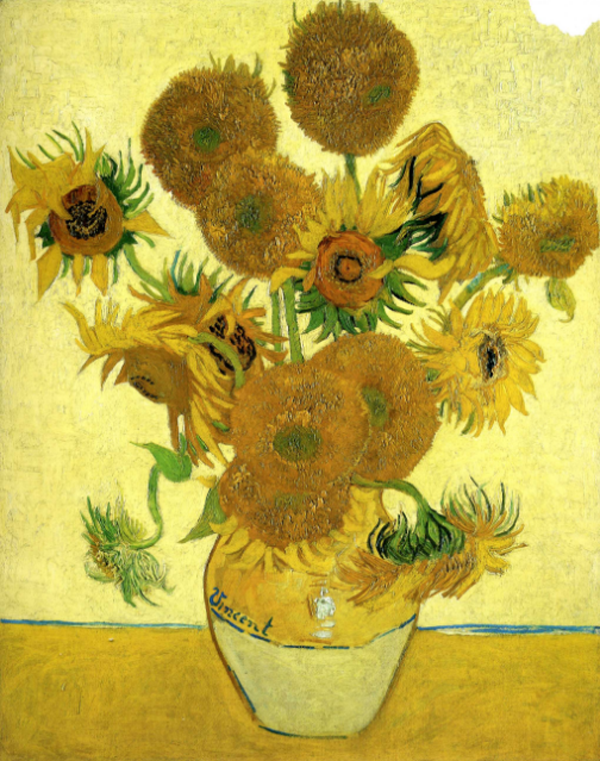 Described by fellow artist Gauguin as ‘completely Vincent’, it’s fair to say that sunflowers are among Van Gogh’s most famous subjects. Whilst residing in Arles, he painted not one, but five large canvases of these brightly coloured flowers – two of which were displayed in Gauguin’s room at the Yellow House. 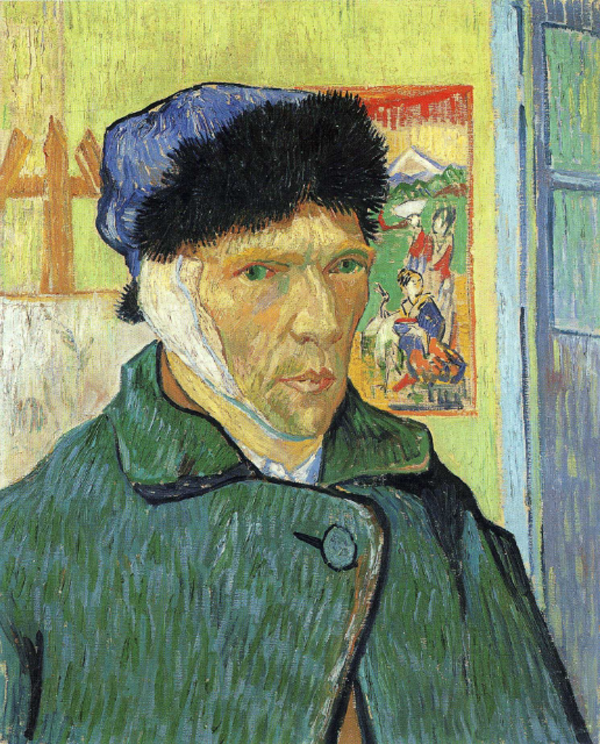 The story of Van Gogh’s left ear is infamous. But, even now, the circumstances surrounding the incident are subject to speculation. What can be said with certainty is that Van Gogh and Gauguin’s passion for art made for some heated discussions whilst living together at the Yellow House, and their relationship became strained as a result. There is some doubt as to whether the injury Van Gogh sustained on the evening of 23rd December 1888 was self-inflicted. But having looked closely at the letters the two artists exchanged until the end of Van Gogh’s life, we know the pair made a pact of silence that was taken with them to their respective graves. 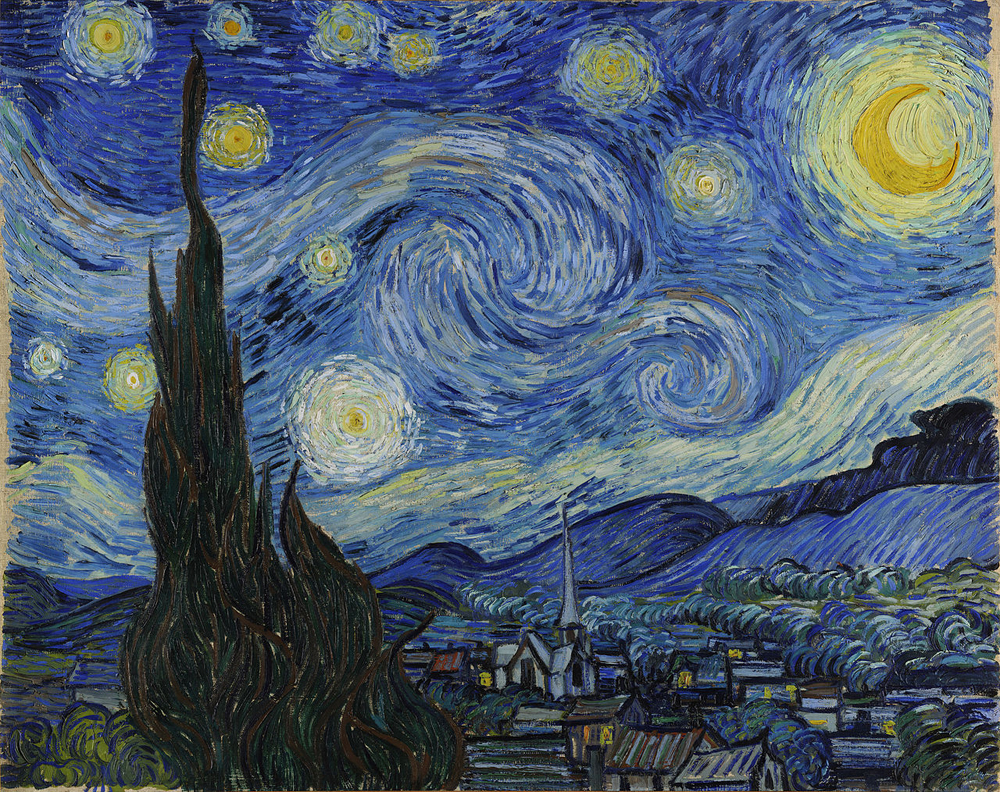 This iconic painting was created in the summer of 1889, during Van Gogh’s hospitalisation at Saint-Paul-de-Mausole. It is the only painting of the view from his room at the asylum painted as a nocturne. Whilst there, Van Gogh continued to send letters. In one to his brother Theo, thought to have been written between 31st May and 6th June 1889, he wrote, “This morning I saw the countryside from my window a long time before sunrise with nothing but the morning star, which looked very big.” The ‘morning star’ he spoke of, seen to the right of the cypress tree, is in fact Venus. The Starry Night is considered by many to be one of Van Gogh’s masterpieces but to the artist, it was nothing more than a failed attempt.

Wheatfield with Crows is a dramatic piece, one that Van Gogh painted with the intention of evoking feelings of “sadness and extreme loneliness”. It is widely thought to be the last painting he completed before his alleged suicide. An appealing theory, but his letters suggest that it predates Daubigny’s Garden. The elements within the painting, however, seem reflective of Van Gogh’s state of mind at the time, and are symbolic of coming to terms with the end of one’s life.

Much mythology surrounds Van Gogh’s life and, indeed, the circumstances in which he passed away. The written correspondence, primarily between Vincent and his brother Theo, is the only true account of his life in existence, an account that is going to be told through the work of over 100 dedicated painters and a very talented film crew. Loving Vincent is the first production of its kind and, in my opinion, a beautiful tribute to one of the most influential artists who ever lived.