The Turner Prize, as you know, is an annual art prize that gets people engaging with contemporary art. Everyone loves to tut at an oblique and apparently frivolous artwork, but often there are entries that are very exciting (if you can move out of the narrow mindset that fine art = oil paintings of dignitaries and bucolic landscapes).

The definition of art has broadened massively in the last century and last year’s winners, architectural collective Assemble, produced a relevant and important piece of work by promising to renovate four derelict streets in Liverpool. Their ambitious and thoughtful proposals have manifested into measurable and visible social regeneration, proving that art is not just an expensive hobby for the elite. 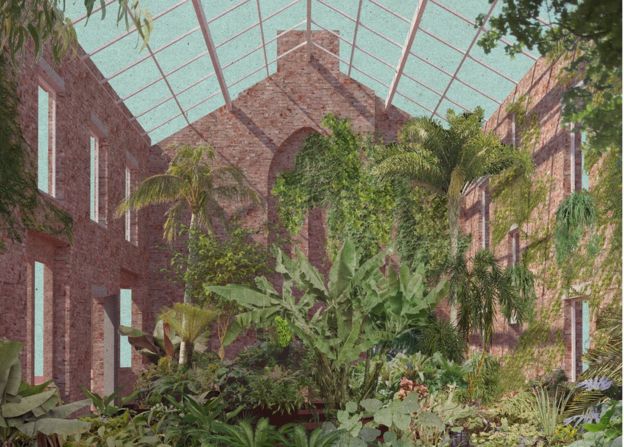 This year there are some intriguing entries, mostly following the formula of sculptural installation but coming at it from different angles. In 2013 I put a bet on for someone that irreverent scribble ninja David Shrigley would win. I was wrong. Having seen the work of this year’s hopefuls, I’m going to have another crack and put a modest bet on Helen Marten. Her work is enigmatic and intriguing, a poetic arrangement of found and made objects that sit in coded communion around painted panels and an industrial doll’s house. Often with ready-made type sculpture there is a sense that the associations you garner from the arrangement are very concrete. But after some time with Marten’s work, I felt she was saying something about femininity and identity, as well as a poignant mythology that is too personal to decode but universal enough to whisper in soft song. There was a real atmosphere with the work and it was very considered. I’m not really a gambling man, but I care about the results of this far more than the World Cup or Grand National. You can bet on anything. The bookies will have to phone up central office for the odds, but that’s ok. Betting on the outcome of the Turner Prize is interesting because the specifications for the winning work and the criteria for judgement are so subjective and obtuse that the result isn’t predictable based on past success or notions such as the current ‘form’ of the artist. Without further ado, let’s take a look at the nominees. 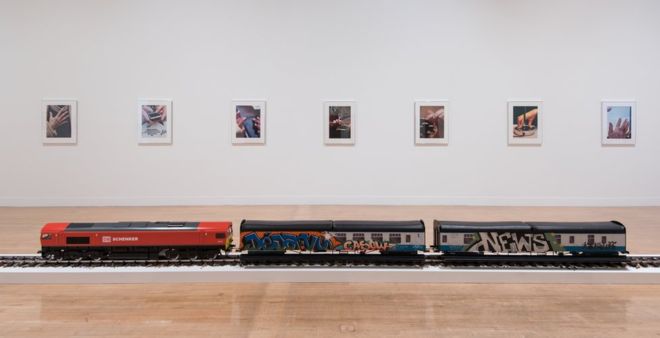 Josephine Pryde’s work features a model railway and a series of stylish photographic images representative of modern society’s addiction to mobile phones, which is perhaps a bit of a glib observation, but relevant nonetheless. The photogram-style prints are a nice touch.

Pryde’s piece might be less coherent all in all than the other works, but more interesting than the giant hairless bum that moons from Anthea Hamilton’s entry. Beyond raising an eyebrow and a smile, it didn’t really speak to me. 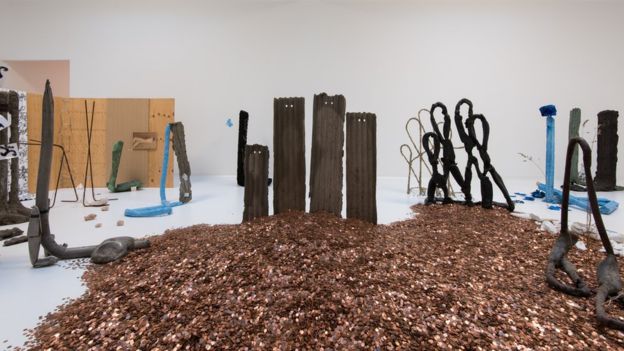 Michael Dean’s pile of copper coins that are a penny under the breadline for a family for a year were surrounded by steel and concrete sculptures that are a somewhat clichéd representation of poverty from the mind of someone who, perhaps on the basis of this, has not known true poverty. While he is addressing important issues, you might wonder for the sake of his credibility what he is doing to help the impoverished. There’s nothing publicised, but perhaps he is working tirelessly and secretly on a food bank. I don’t know. It has a cold, post-apocalyptic feel and looks good, but my new fiver is still on Helen Marten.