When someone mentions the ‘American slave trade’, they’re usually talking about slavery in the United States, or the American colonies. But as a new interactive piece from Slate examines, the vast majority of African slaves were actually taken to the Caribbean and Brazil, making the US actually a small player in the slave trade.

This new interactive piece from Andrew Kahn at Slate highlights the scale of the trans-Atlantic slave trade over time, as well as the eventual destinations and the flow of transport. The dots represent slave ships, the size of each dot corresponds to the number of enslaved people on board. You can view the full interactive by clicking the preview image below: 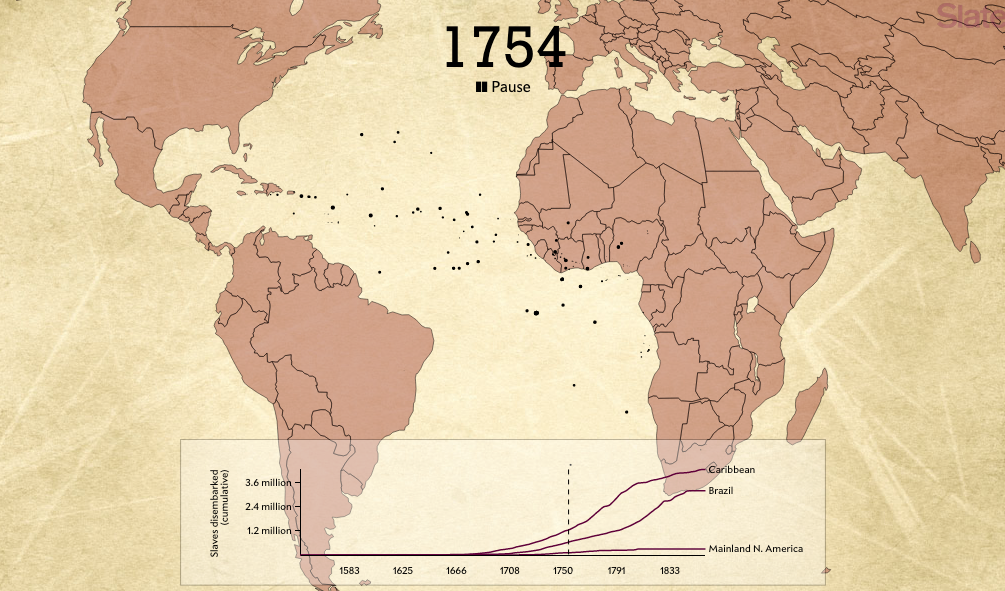