British artist Simon Beck‘s canvas of choice is a little unconventional. Making his way across snow-covered lakes, fields and mountainsides with decisive footfalls, he leaves behind gigantic geometric etchings that, when seen from above, simulate the awe-inspiring artistry of crop circles.

What began in the Alps twelve years ago as “a little fun” following a long day of skiing, has reached new heights and catapulted Beck to success on a global scale. And my goodness, he’s earned it. Employing his wealth of experience both as an engineer and orienteering cartographer, Beck’s technique involves walking up to 20 miles across distances as large as six football fields, counting every pace, armed with nothing but a compass and a map corresponding to the design he hopes to create. From the very first step to the last, this painstaking process is a gruelling test of endurance for the artist, demanding his mental focus and physical strength for up to 12 hours at a time.

On completion, the site is photographed, and Beck walks away to rest knowing full well that his masterpiece will more than likely be enshrouded by a fresh blanket of snow come morning. He is not disheartened, for this is what makes his ‘snow art’ all the more precious.

Not content with spending only his winters battling the elements in the name of art, Beck has chosen to branch out, and adapt his well-mastered technique to allow him to work with sand – the results of which are just as breathtaking, as you’ll see below. And with his sights set on New York’s Central Park, the Champ de Mars in Paris, and the parks of London, who knows where the next of his beautiful drawings might appear. 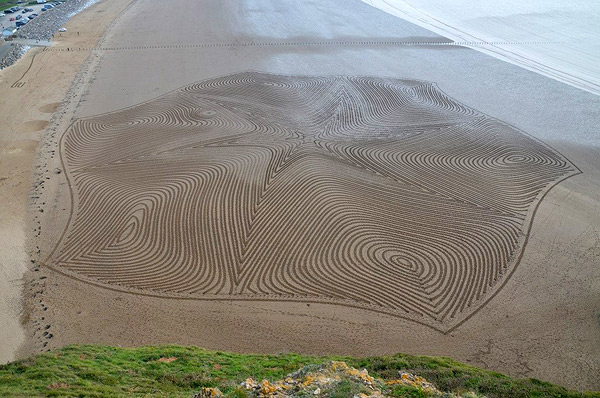 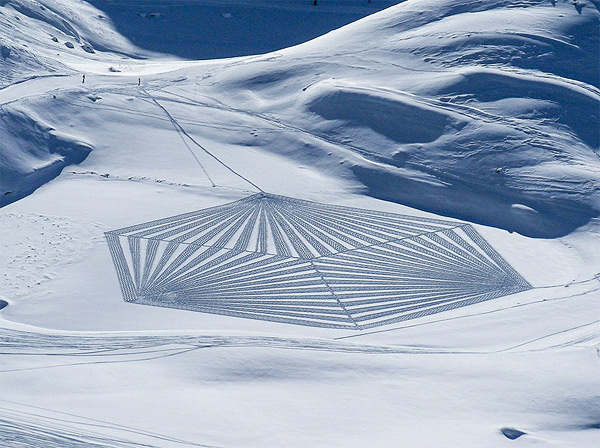 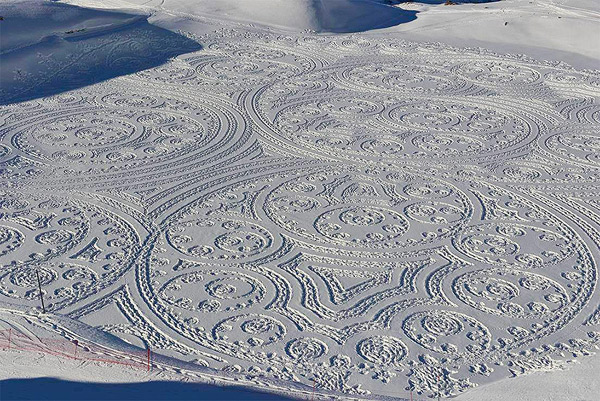 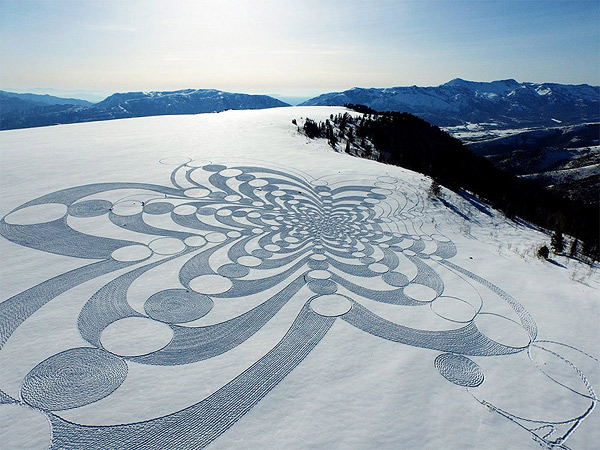 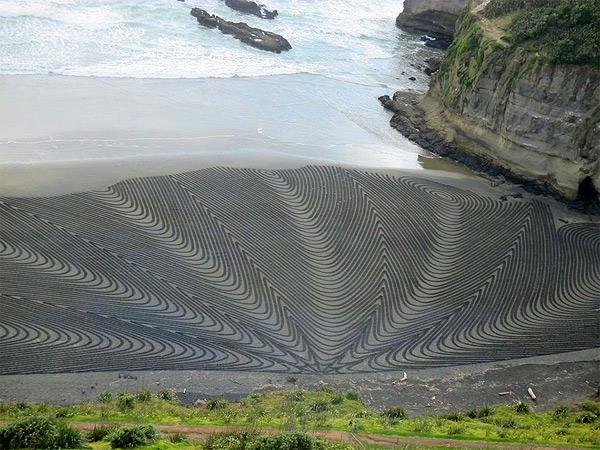 To see more of Simon Beck’s snow art and sand drawings, and keep up to date with his latest ventures, head on over to Facebook.