At 180m above the ground suspended between two cliff faces, this bridge would be fearsome enough even if it wasn’t made of glass. That’s right, to cross it you have to walk on glass that reveals the terrifying drop below.

The bridge has been built in Hunan’s Shiniuzhai Geopark for the entertainment and convenience of visitors, but it makes you wonder why they bothered. For even the most fearless among us, crossing the ‘World’s highest and longest glass-bottomed walkway’ would be something of an ordeal, but if you’re scared of heights, it must be unimaginable. Would you dare to cross it? 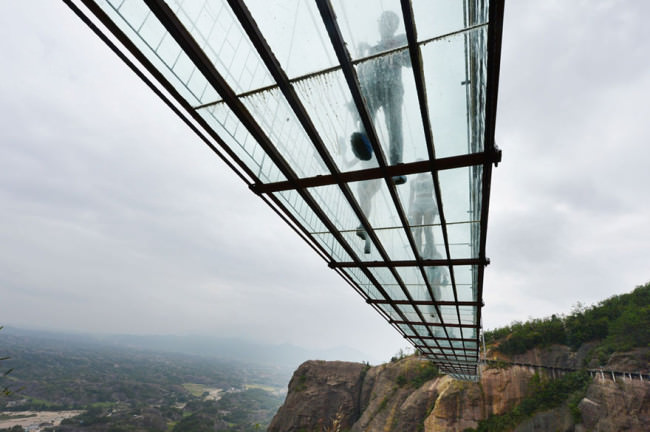 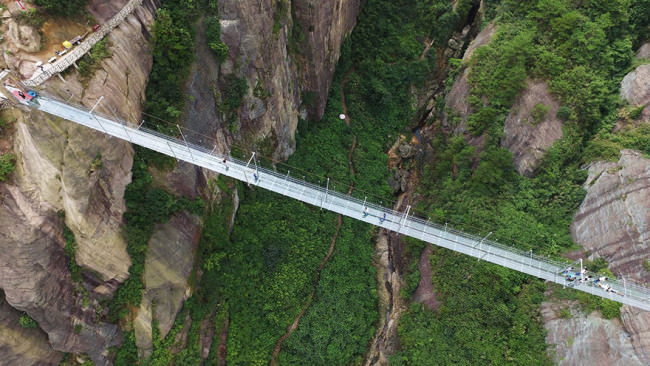 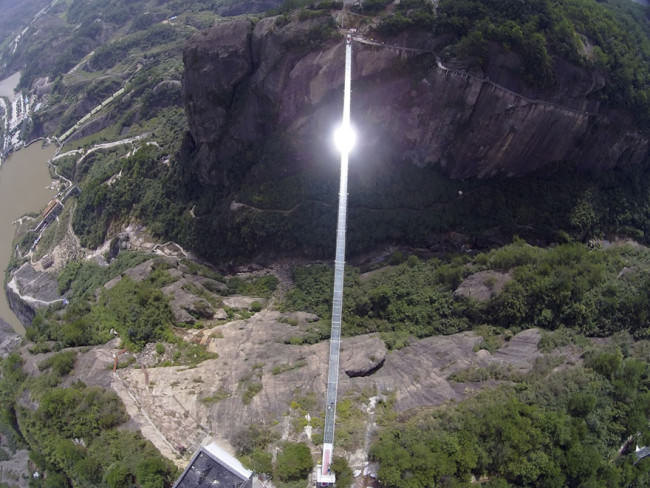 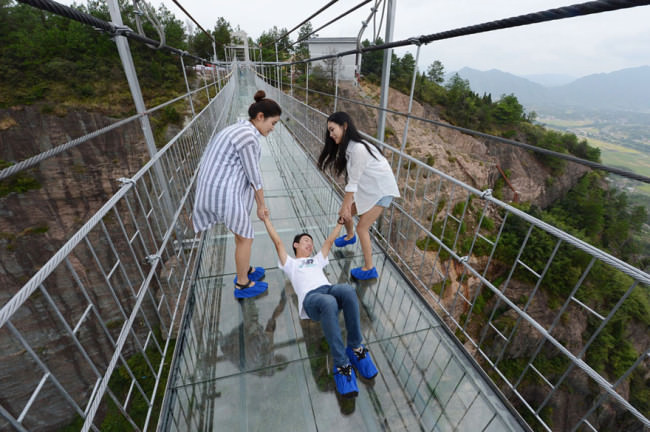