The oceans contain some of the most awe-inspiring and alien-like creatures found anywhere on Earth, including the carnivorous plant Drosera.

Often referred to as the ‘Sundew’ due to the droplets that collect on the plant, this plant lures, captures and digests insects using glands that cover their leaves. They’re incredible to look at, both beautiful and alien in equal measures. Photographer Joni Niemelä shares this fascination with the Sundew, using macro photography to capture the plants in stunning detail. Niemela explains his fascination with the Drosera genera:

Sundews have always fascinated me, and I have been photographing these alien-like plants for several years now. My first photo series ‘Drosera’ was mostly bright and vibrant, so I wanted to have some contrast to that in my second series of Sundews. I think the colours and the mood and ‘Otherwordly Blue’ reflect aptly the true nature of these carnivorous plants.

We’ve included some of our favourite photos below, but you can view more of Niemelä’s photography on his Instagram. 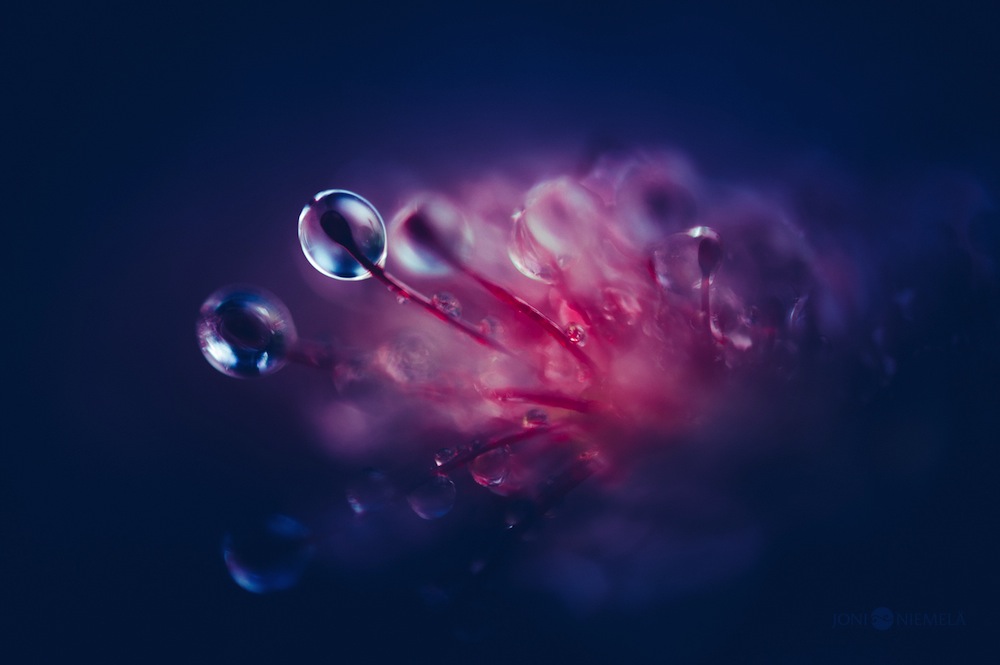 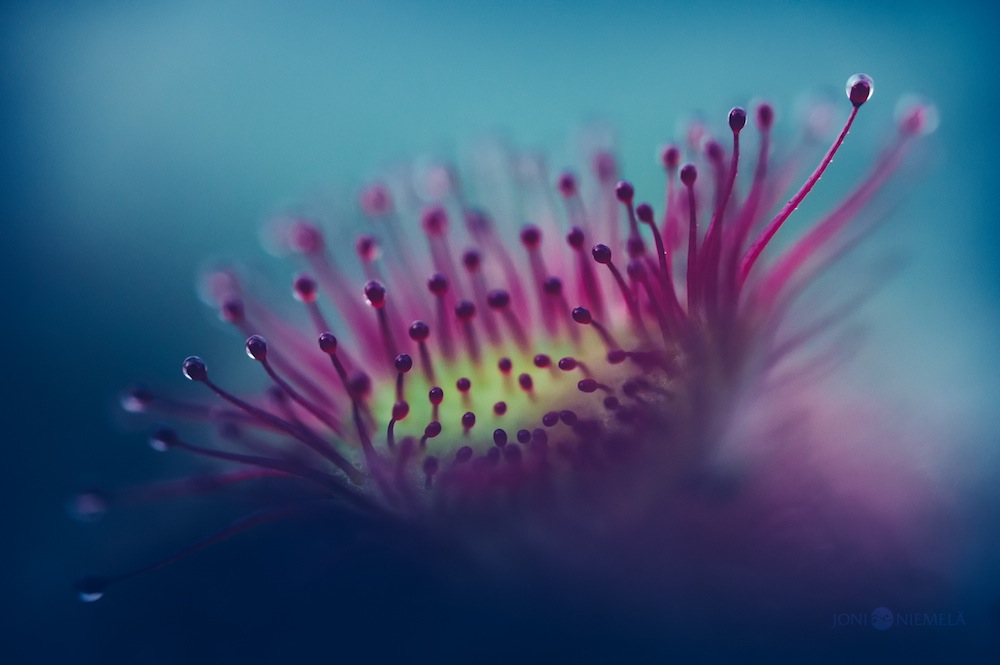 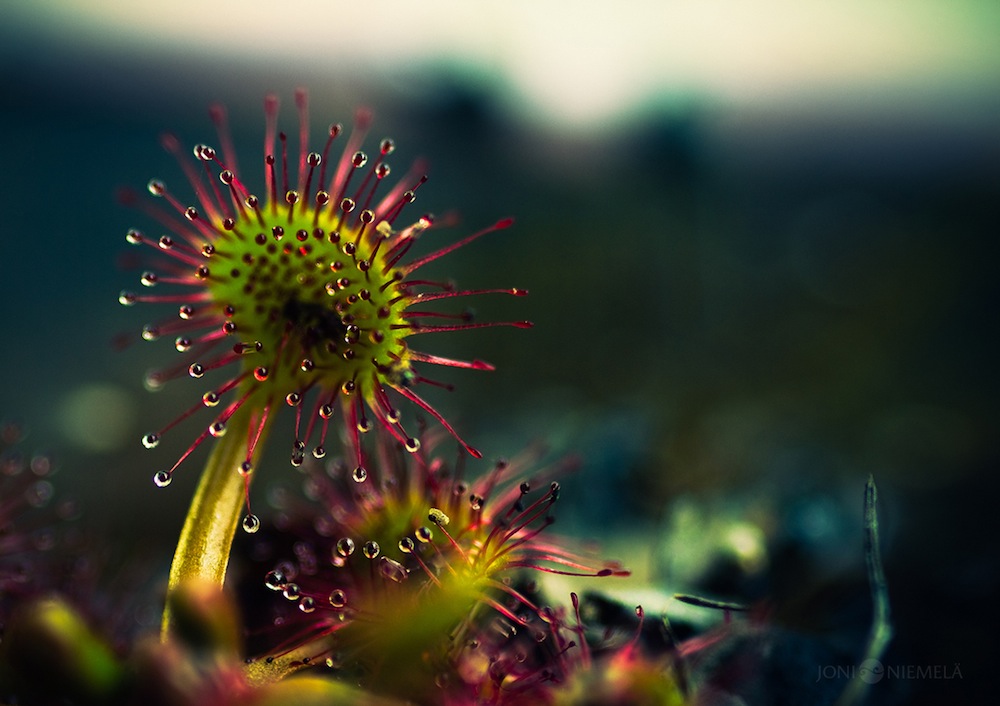 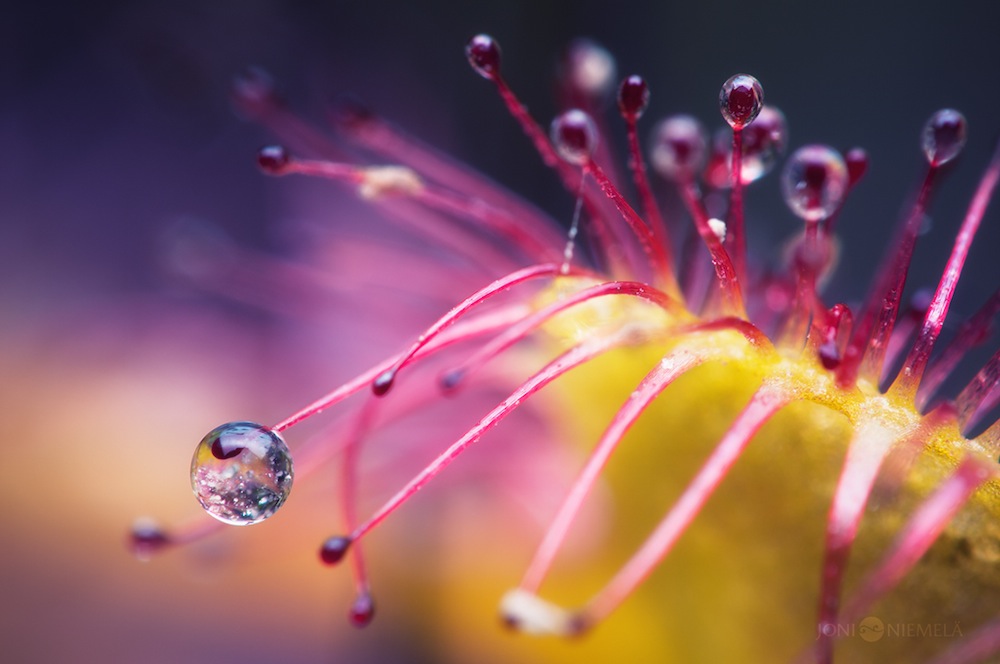 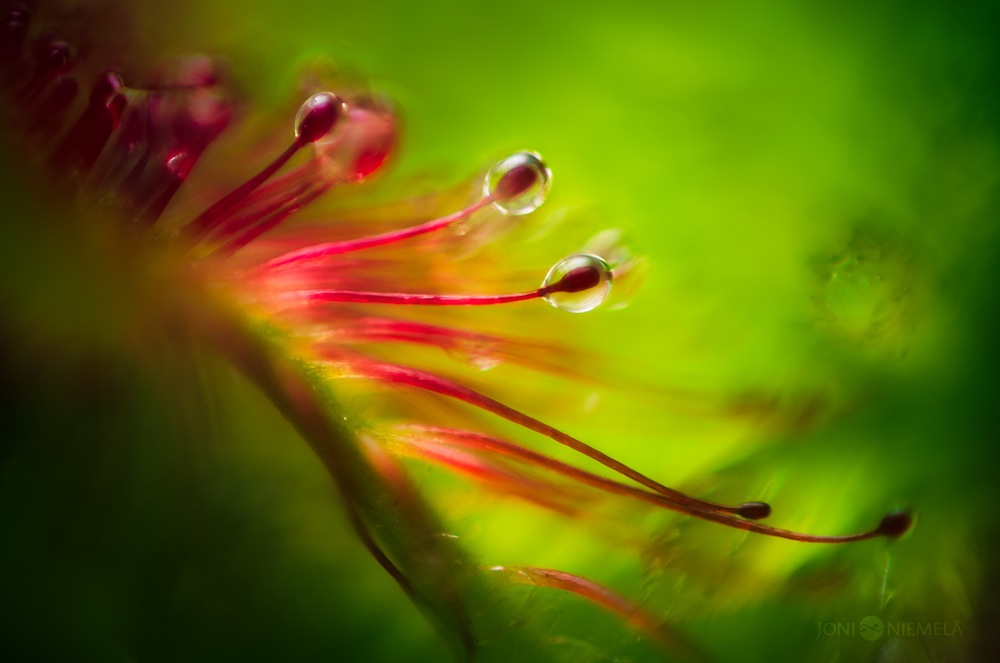 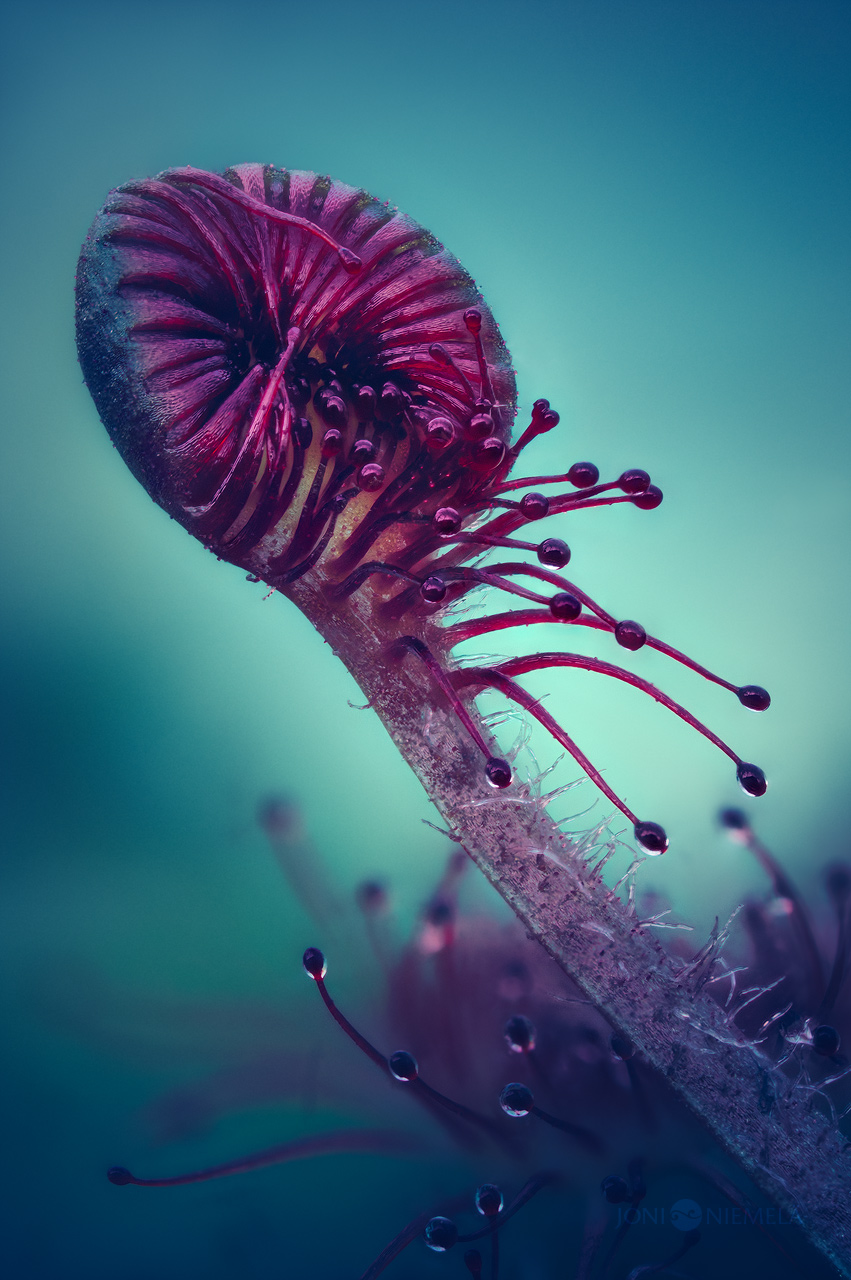 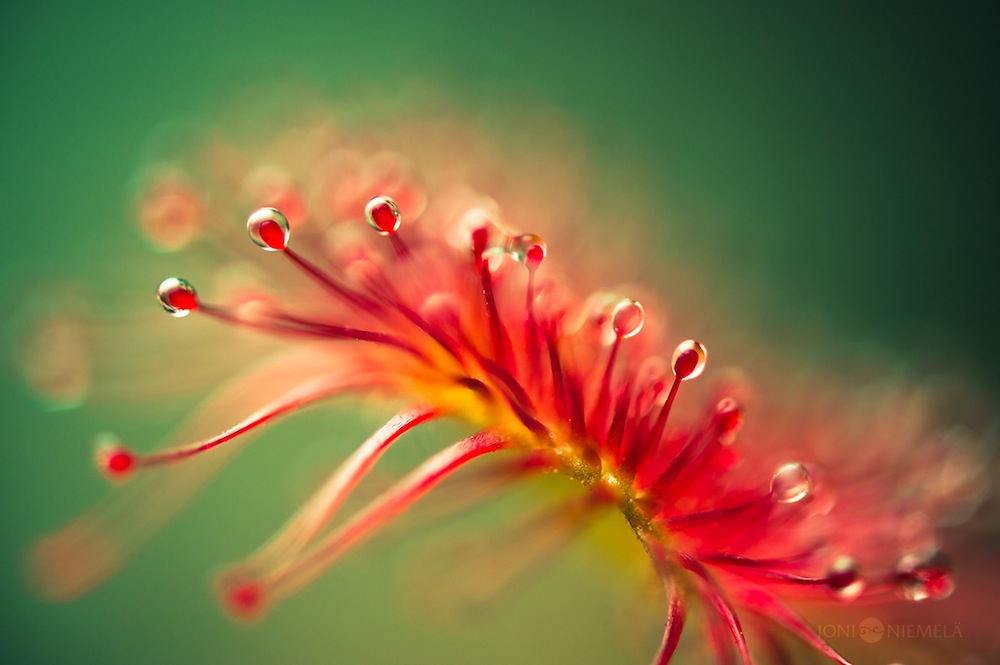 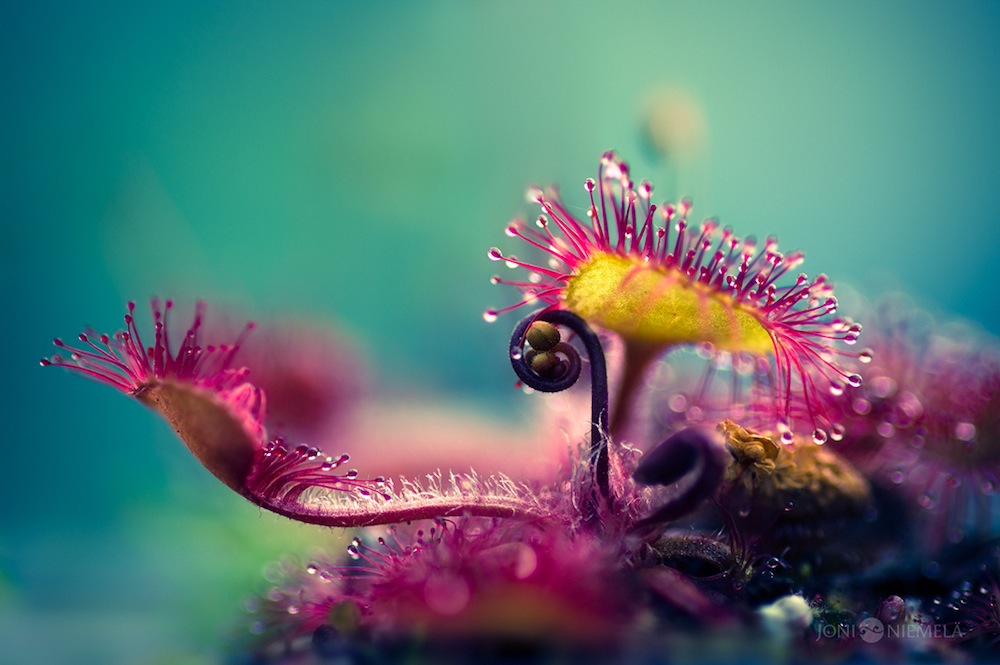