‘Millions of Images. Endless Possibilities’ is one of the most inventive advertising campaigns I’ve seen this year. It was created by Brazilian agency AlmapBBDO for their longtime partner Getty Images to show the depth and scope of their vast portfolio. The goal was to create the likeness of several famous faces using only stock photography. Sounds simple enough, but these identikit portraits don’t contain a single image or detail from the face they describe.

The Dalai Lama and Pope Francis are two religious leaders who also have strong political impact. Both uniquely recognisable, it would be a stretch to find a convincing lookalike for either individual. But break it down to the crease beside an eye or a cheek dimple and you can find similar enough features in a large enough resource.

The skill is negotiating that database to select and then collage those features from millions of images. Getty Images is a vast online stock photo database, and supplies pictures for news stories and online articles the world over. This creative campaign demonstrates how much is actually there, while making an intriguing set of images and rising to the quite impressive challenge they’d set themselves.

Kudos to the researchers and designers who had this idea and found a way to bring it into being – it’s remarkable. 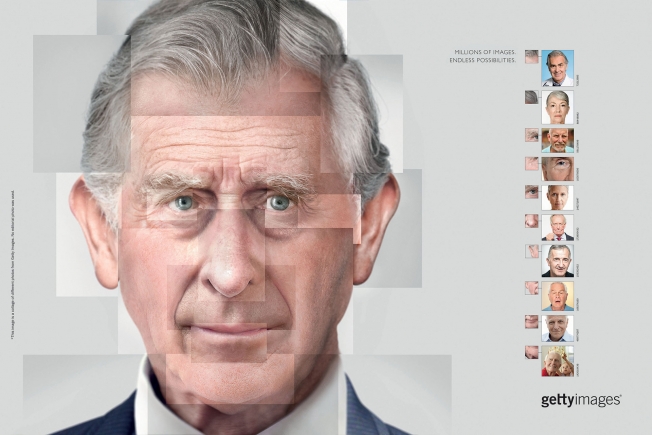 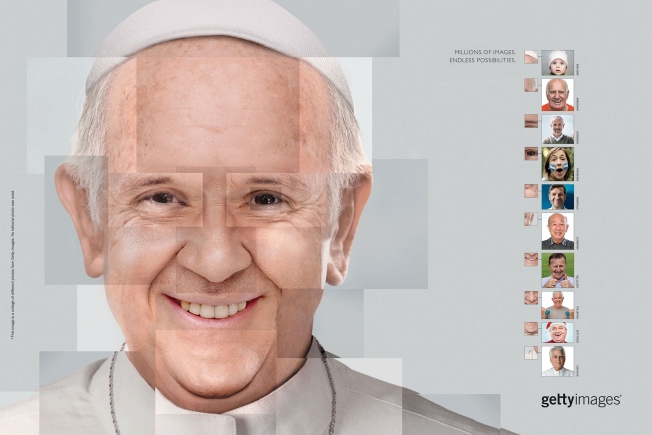 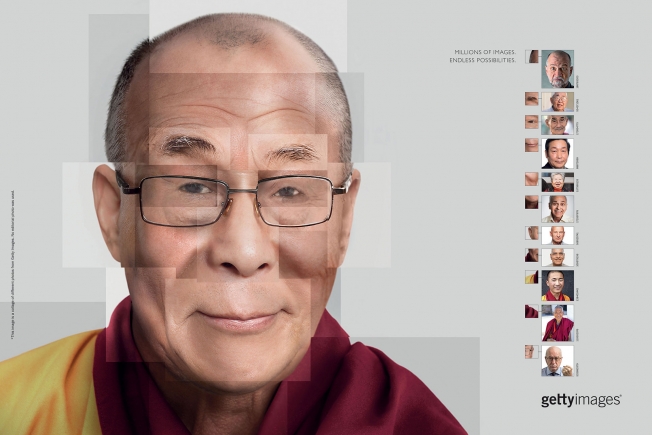 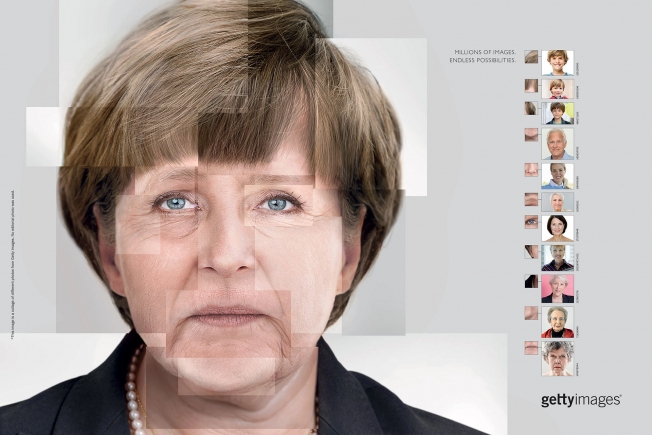