Who doesn’t like maps? Maps are great. They’re not only useful, but attractive to look at, too. Something about the arrangement of line and colour draws our gaze; from a distance maps almost seem chaotic in their detail but take a closer look and it all makes sense. They remind me of hiking when I was younger. Reaching for the horizon with that sense of adventure all of us have embraced at least once in our lives. Putting one foot in front of the other and repeating the process and eventually you’re somewhere else. Amazing. And if you check the map enough, you’ll reach a campsite where you can make tea on a little stove.

Maps of the world are kind of different. They chart the places we’ve been, and the hundreds of places we haven’t, which sit in abstract relation to each other coloured by our untutored notions of what they might be like. You’re not going to walk from one point on a world map to another. The scale is something else. It covers everywhere we’ll ever go, unless that space tourism thing takes off (no pun intended).

What we have here draws on all the charm and associative excitement of a world map, replacing the names of the cities and countries with appropriate song titles – a musical mapping of our collective imagination in song. It was designed by London based studio Dorothy. The nostalgia levels contained in this musical map are through the roof. You could spend hours picking out different titles from the 1,200 song references dotted about the world. And it would look great displayed on the wall by your record player. 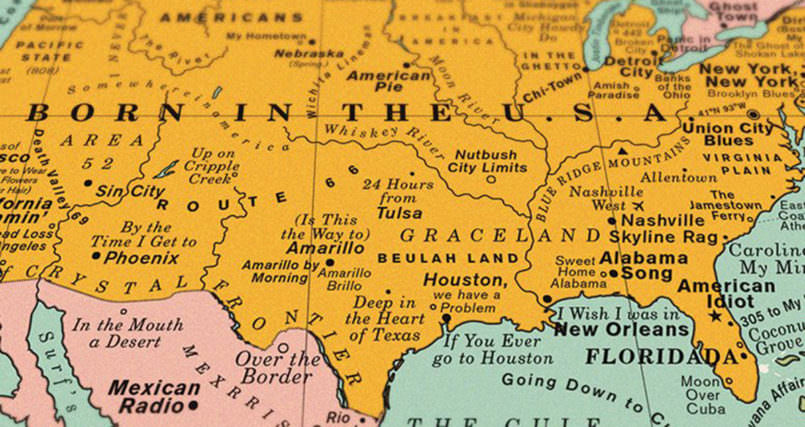 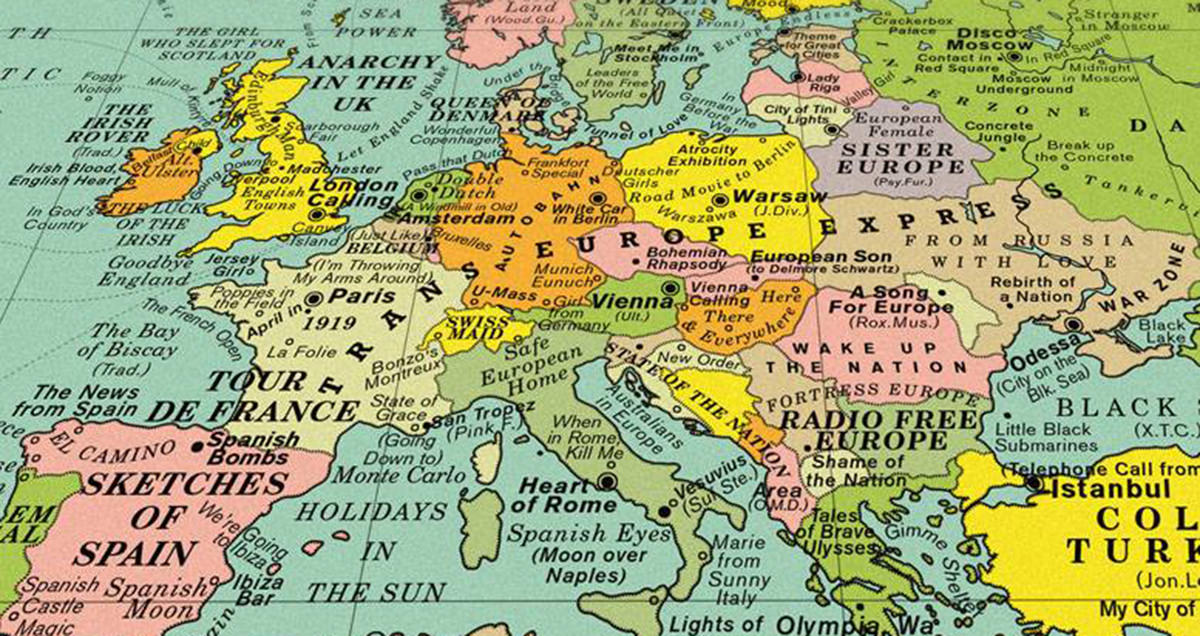 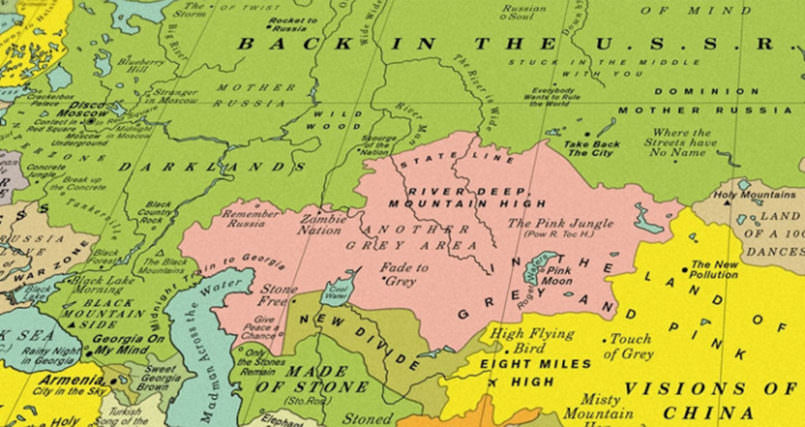 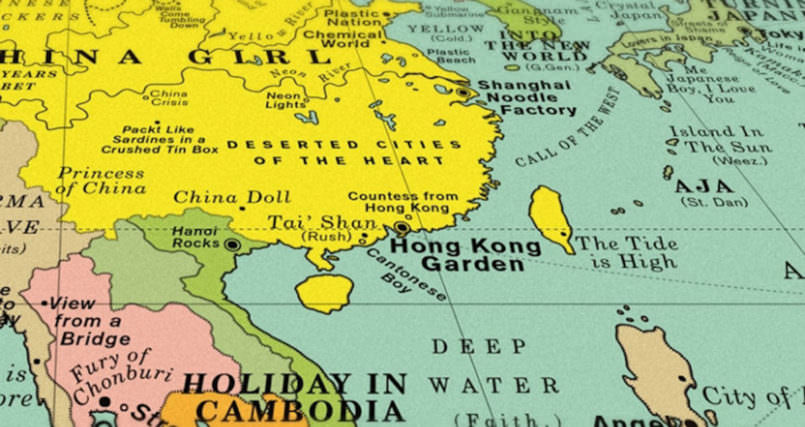 Dorothy has produced two versions of the World Song Map; the classic, and the special edition which is litho printed in 4 spot Pantone colours for that extra vintage feel. Both are available now via the links below. 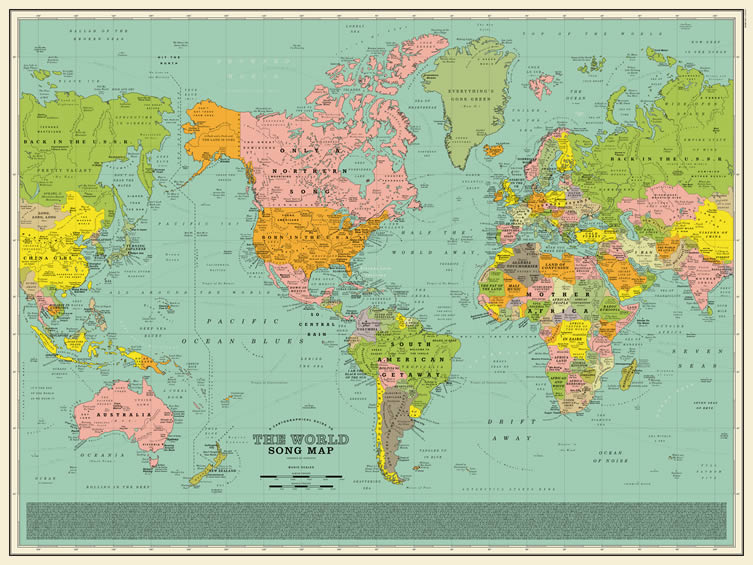 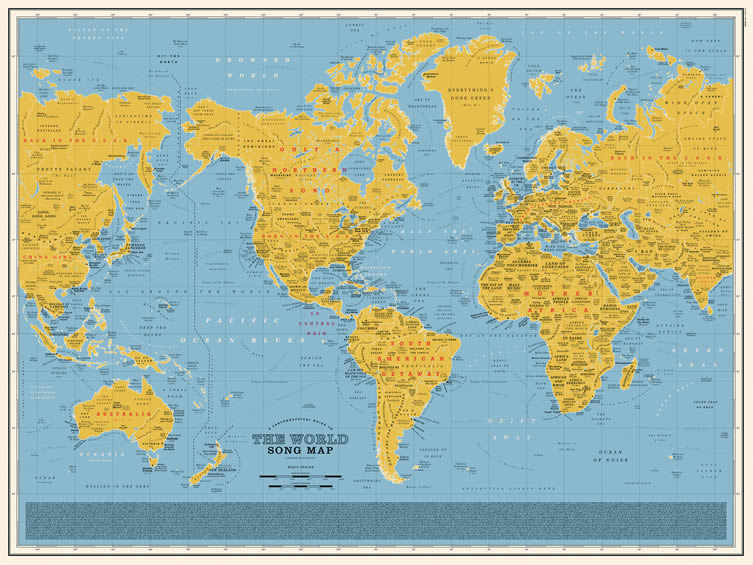