It may be hard to believe, but a place exists between reality and surreality. And Erik Johansson can take us there. Fuelled by his unbridled imagination, this Swedish photographer tears down the boundary separating the real world from the fantasy world, and stitches the two together with seamless precision. In doing so, he crafts scenes so convincingly realistic that, for a moment, we find ourselves drawn into his world, believing it to be a snapshot of our own.

But Erik isn’t trying to deceive us. His work is simply a way of realising the ideas his visionary mind conceives; to make a world where anything is possible seem within reach of us all. He has taken the art of visual storytelling to the next level, and beyond.

Whilst Photoshop is a necessary part of his process, something he makes no secret of, he tries to accomplish as much as possible in-camera to retain the high level of realism that he has become known for. From an initial sketch, to piecing hundreds of digital images together, it is inevitable there will be obstacles along the way, but Erik’s very transparent about his technique, and regularly uploads behind-the-scenes videos to YouTube in an effort to encourage others to embrace their imagination and creativity: “I would really like to see more people doing this sort of thing. I think that would be very interesting.”

Erik is currently preparing for his debut exhibition, where he will showcase an array of his work, and reveal three brand new images. You can catch ‘Imagine: Created Reality‘ at Fotografiska in Stockholm, Sweden from Friday 26th February to Sunday 10th April 2016. 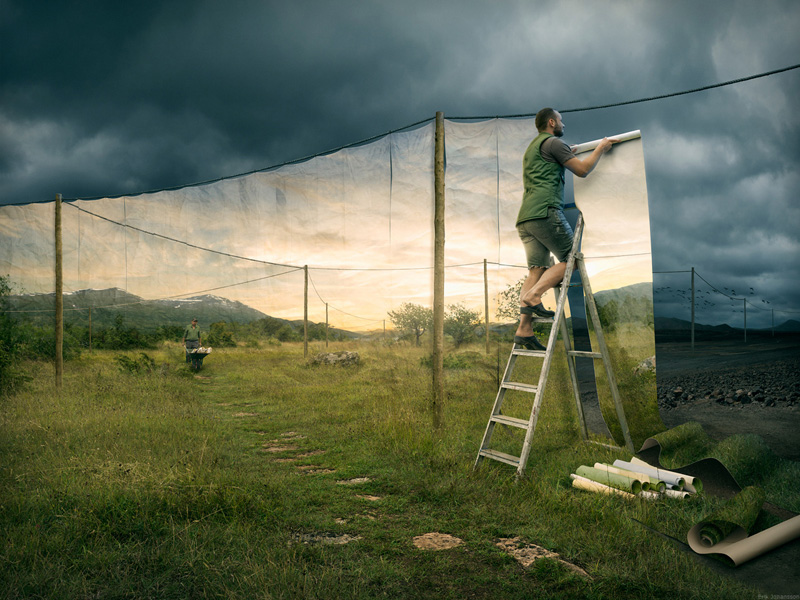 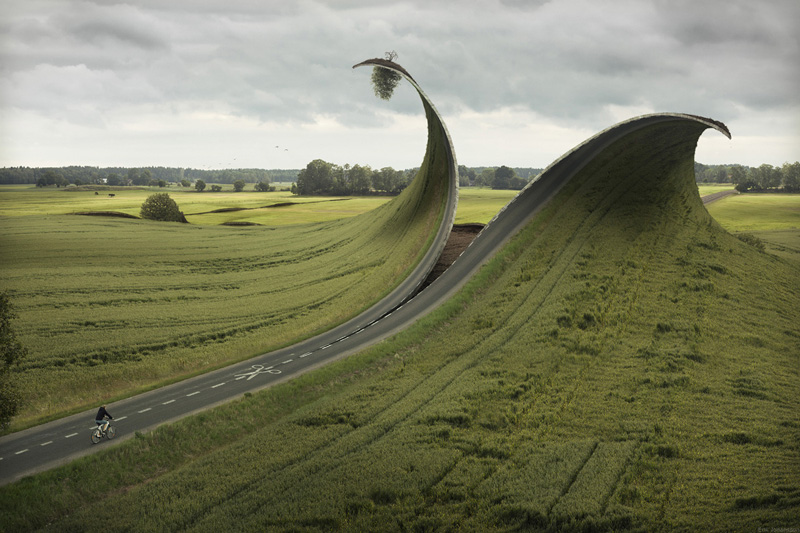 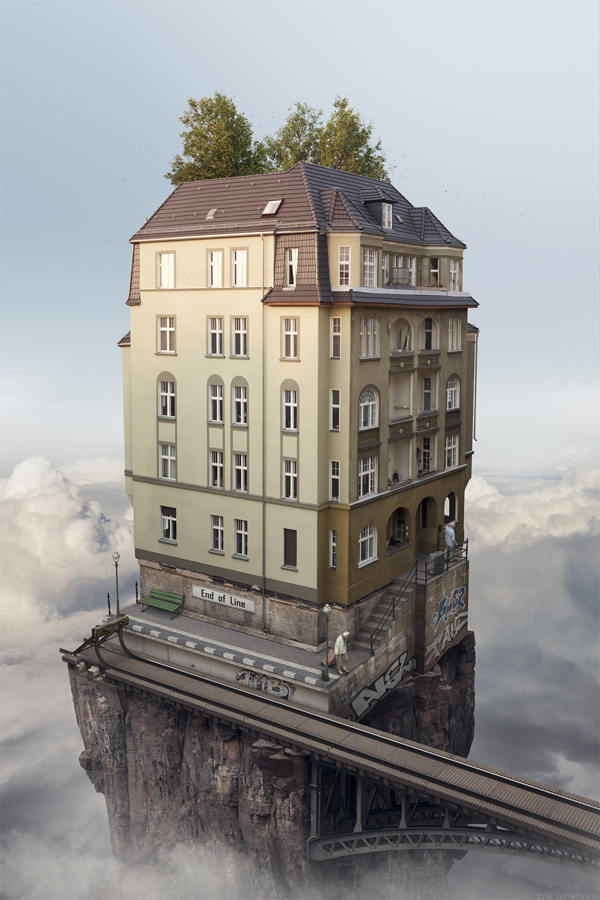 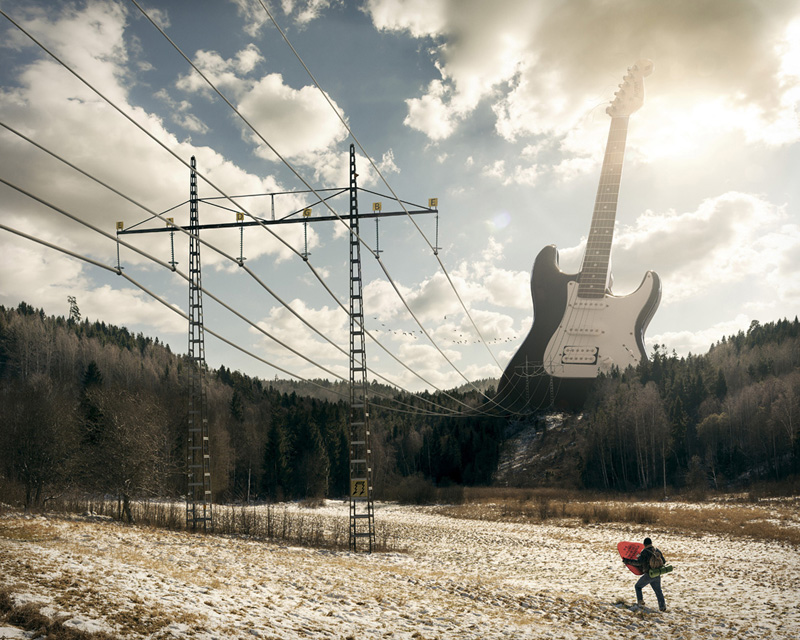 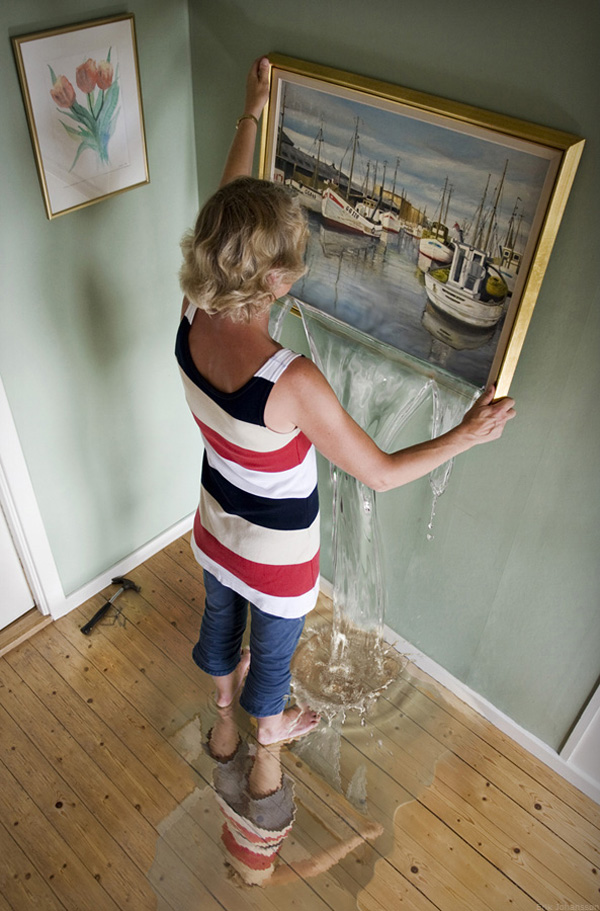 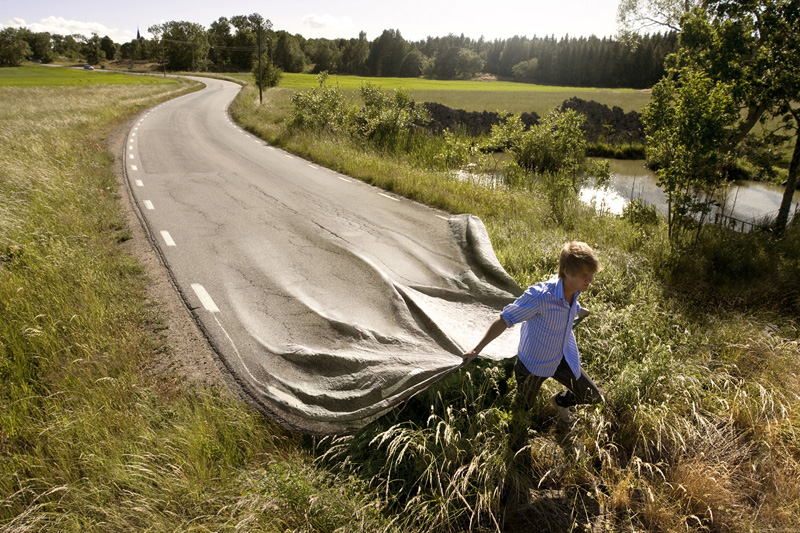 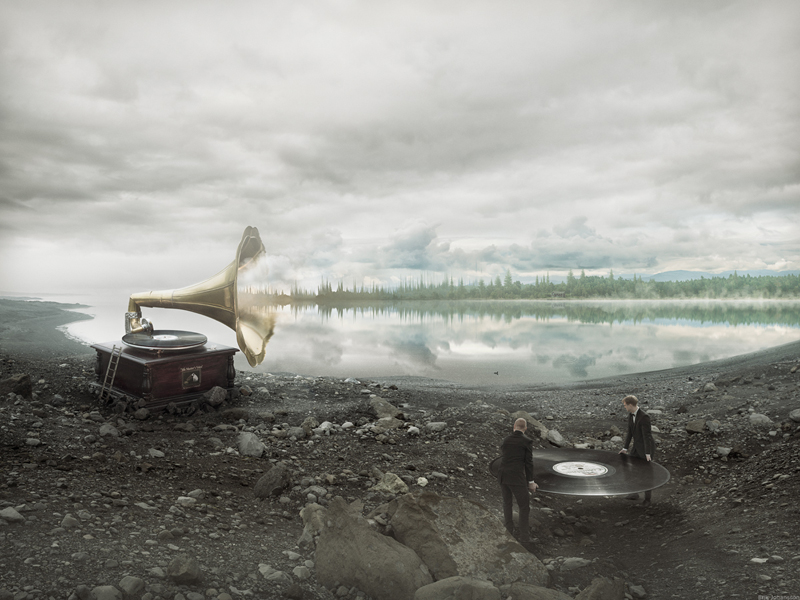 UPDATE: Erik’s first photo book ‘Imagine’ is out now. It’s available for purchase on Amazon and from many larger bookstores throughout the UK.

All images courtesy of Erik Johansson.