Photographer Phoo Chan, who has had his work published by the likes of National Geographic, has captured a stunning series of photographs depicting a crow landing and riding on the back of a bald eagle.

Although the photo was actually taken in 2014, it has recently ‘gone viral’ online, grabbing the collective attention of the internet. Talking about his photos, Chan wrote:

Crows are known for aggressively harassing other raptors that are much bigger in size when spotted in their territories, and usually these ‘intruders’ simply retreat without much fuss. However, in this frame the crow did not seem to harass the bald eagle at such close proximity and neither did the bald eagle seem to mind the crow’s presence invading its personal space. What made it even more bizarre was that the crow even made a brief stop on the back of the eagle as if it was taking a free scenic ride and the eagle simply obliged.

Check out the photo(s) below, and be sure to head over to Chan’s 500px page to see more of his stunning photography: 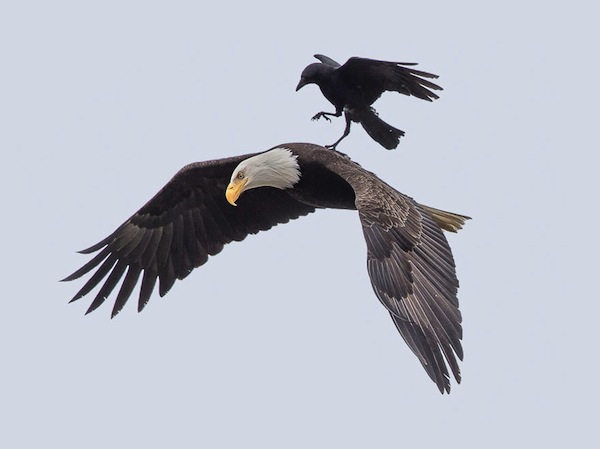 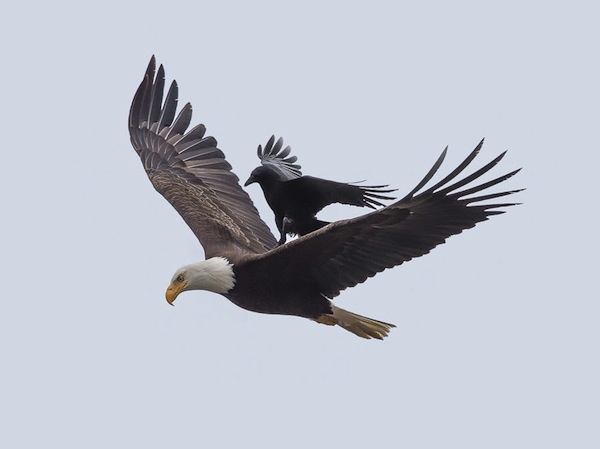 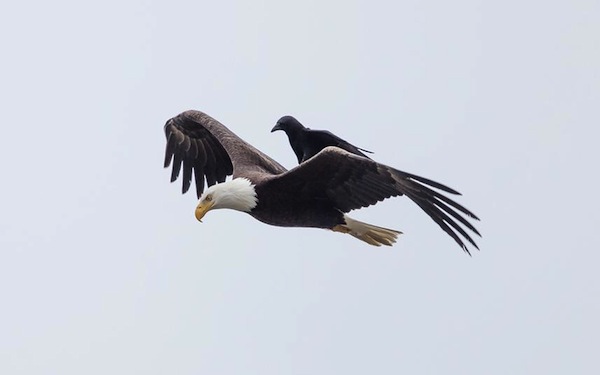