Generations of lovers have promised to procure the Moon for their beloved in order to show the lengths they would go to for their love. While this is a delightfully romantic idea, a gesture of such magnitude is clearly unattainable. However, multi-disciplined designer Oscar Lhermitte and design studio Kudu have teamed up to bring us a novel solution. A topographically accurate scale replica complete with precisely rendered craters and, in an inversion of astronomical reality, its own orbiting sun which casts a familiar shadow across the surface showing the moon’s progressing phases. Meet MOON.

The Moon has always captured the imagination of artists and poets, and just about every dreamer who has looked up into the night sky in search of the fabled face reflecting the Sun’s light in the darkness. To gaze at the Moon is to see a distant neighbour in the vastness of space looking back with a gentle stillness. It calms the heart. But the Moon is not always visible, particularly in the city where it is often obscured behind buildings, if it is even in this part of the sky. To have MOON in your living room or bedroom means you can see our marvellous Moon in all it’s splendid glory from the comfort of your home.

The Kickstarter campaign has garnered praise from the likes of Fast Company, Gizmodo and Wired, and received pledges from backers all over the world, taking the team behind MOON far beyond their £25,000 goal with over 3 weeks still to go. Head on over there now to secure your very own – no lasso required! 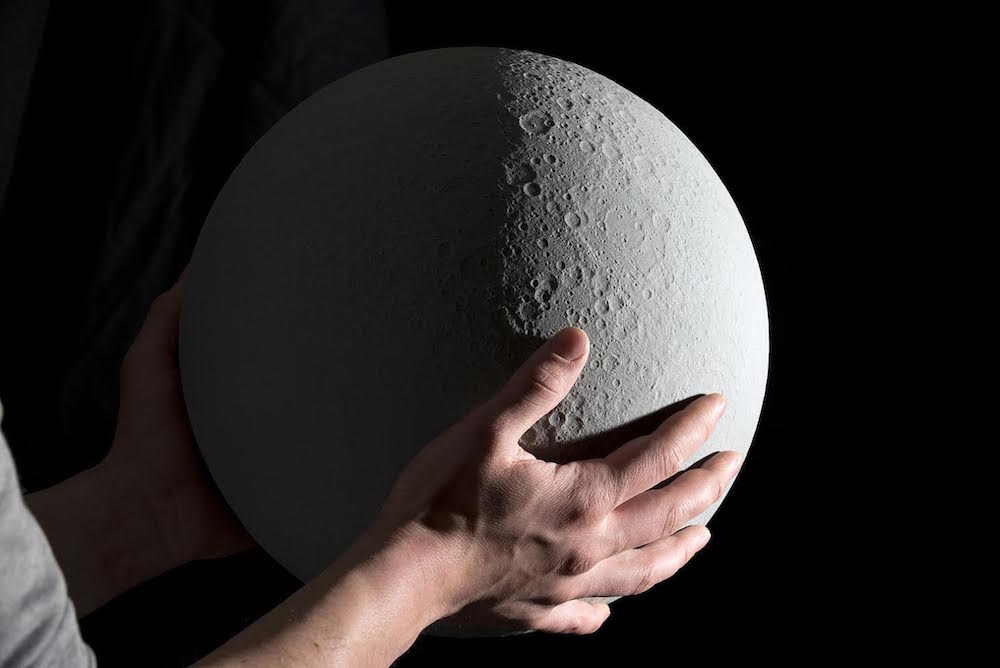 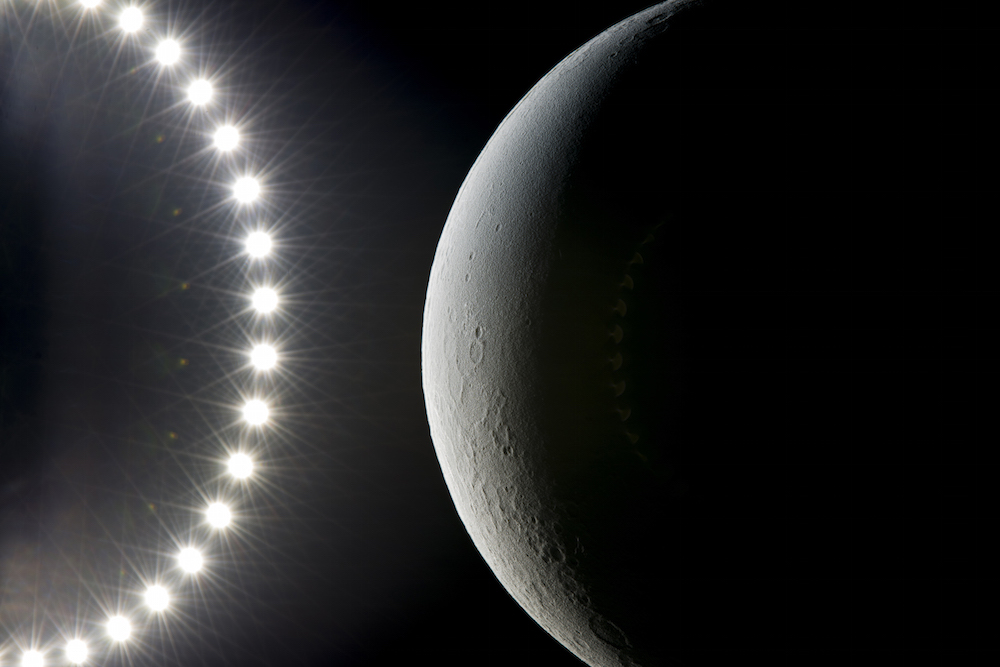 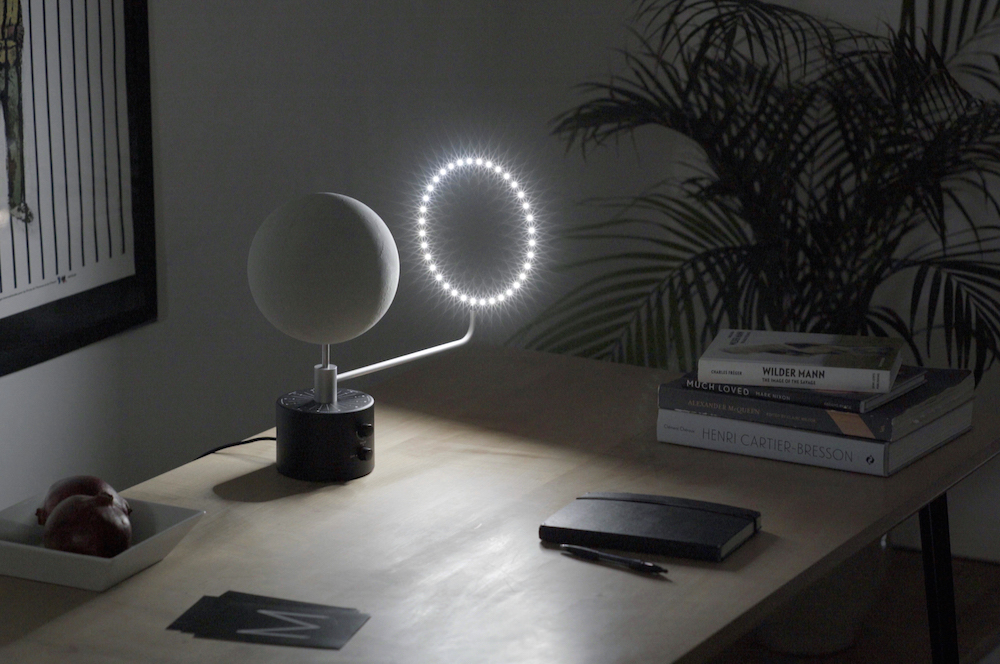