I’m hesitant to say it, but explosions are damn cool. Everyone likes marvelling at fireworks in a cold field, where your breath hangs in front of you like mist. The combination of a fleeting eruption of brightness in the dark, and the startling bang that jars you into attention. For his series Explosion 2.0, Ken Hermann has been blowing things up and taking pictures. The explosions are in mid air and show no trace of the device that set them off, appearing spontaneously as eruptions in the uniformity of normal existence. They are frozen in time, at the apex of their incendiary flare, captured before they fade and disappear, preserved at the height of their fleeting majesty. The plumes of smoke make abstract forms that intrigue as they glow from within with the yellow light of combustion. They are bright against the soft day, the background dim by comparison.

Explosions can of course have a negative connotation too. They are emblematic of the terrible destruction of war, of senseless violent oppression that all too often spreads over into civilian territory as well as those actually conscripted largely by their own design. Even then, soldiers are often drawn into the army by promise of financial reward and a story to tell when they return a hero. Many of those who survive the fighting come out disgusted by what they have seen and become instilled with a fervour for peace that surpasses the affirmations of hippies even. Perhaps war is just a sad reality in an overpopulated planet where wealth and resources are unevenly distributed. But that’s quite enough about war…

Ken’s explosions seem friendly. They are like special effects in an action film, or the flare of a magician as something disappears. They are there to startle and allure. But behind their power lurks the terrifying figure of the mushroom cloud, whose beauty is often tentatively remarked upon despite or even because of its capacity for widespread destruction. Maybe it is the death drive that interests us; we find ourselves drawn in by the danger like someone tiptoeing towards a cliff edge. Or maybe explosions are just pretty. 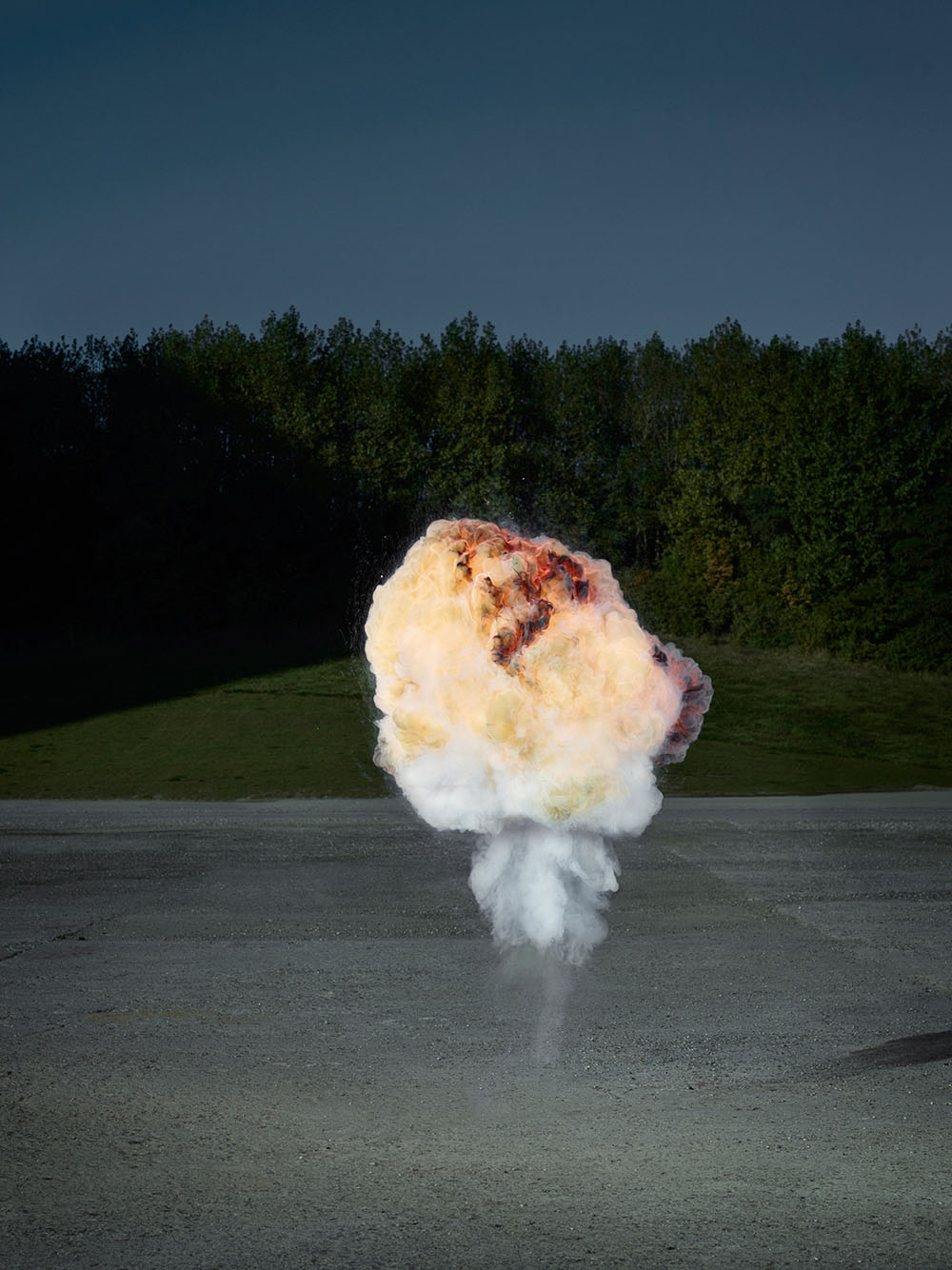 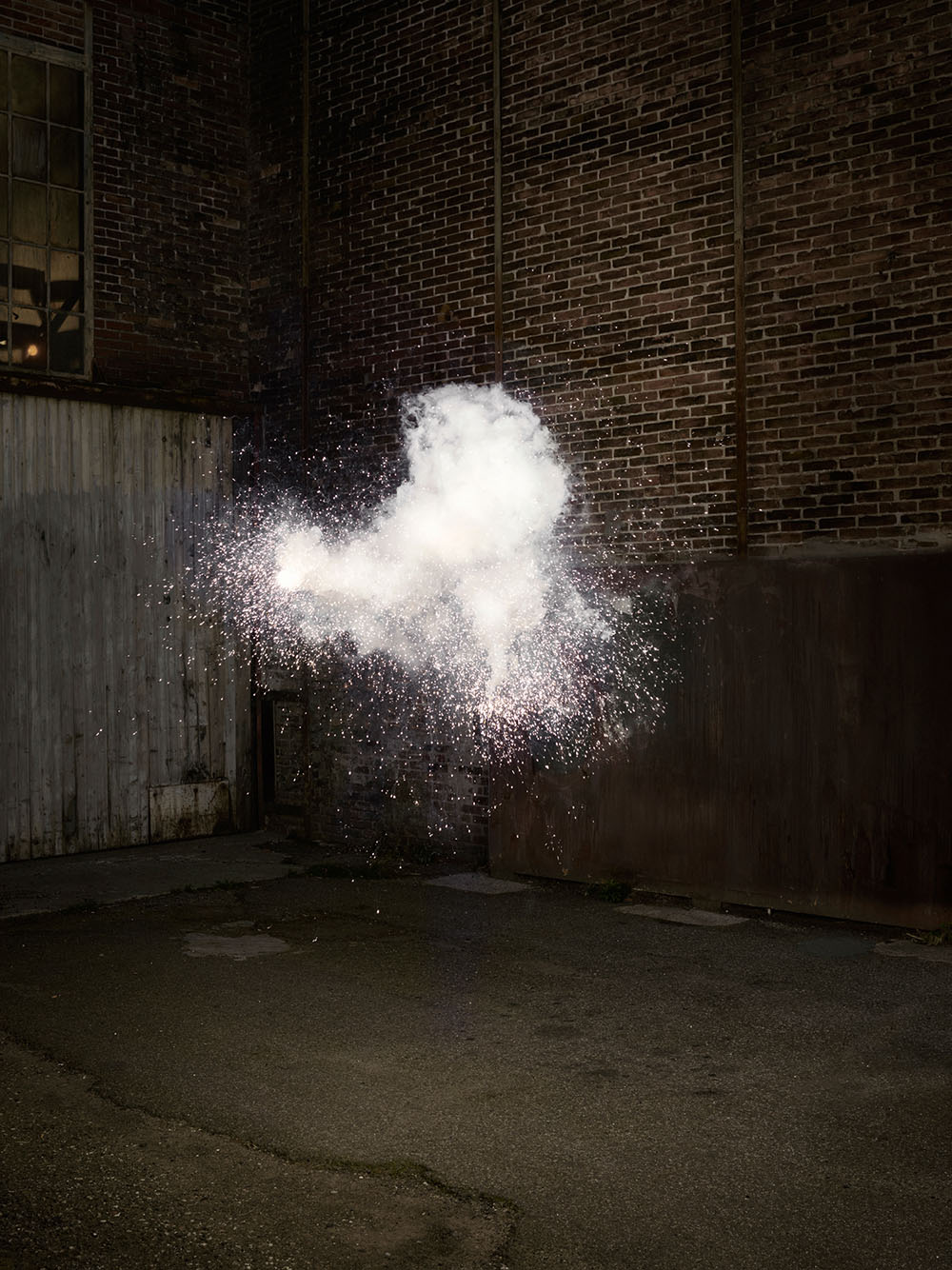 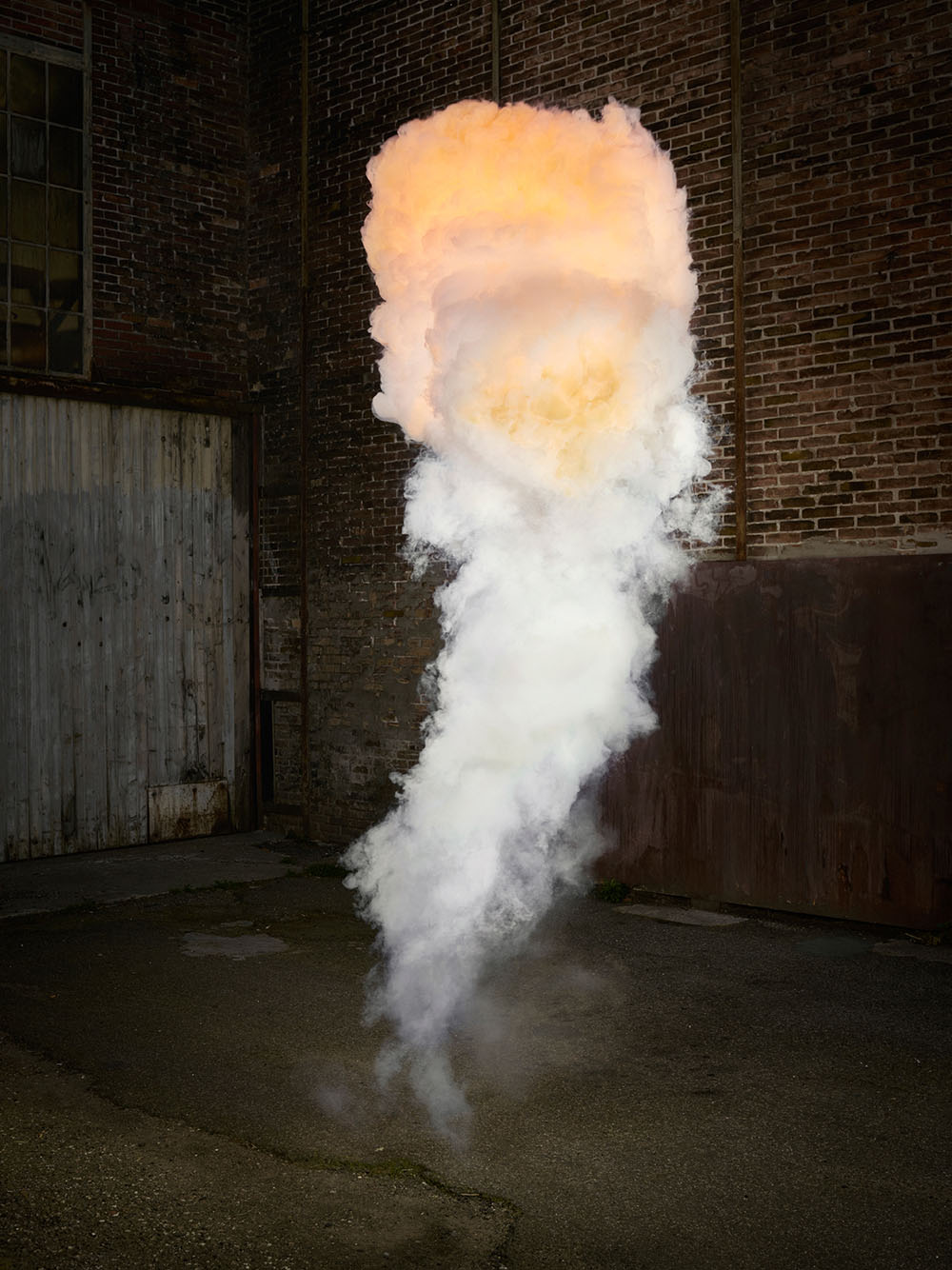 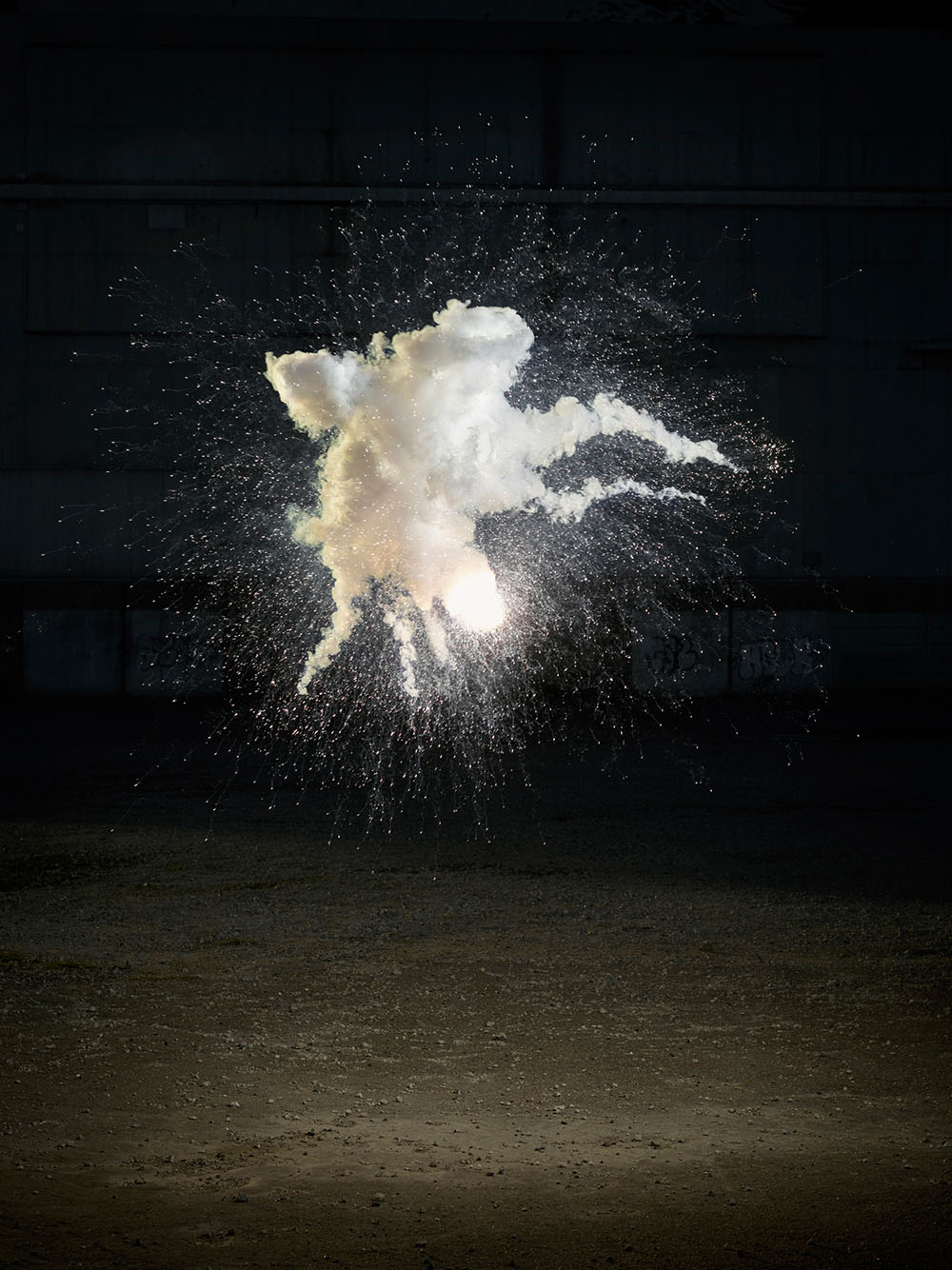 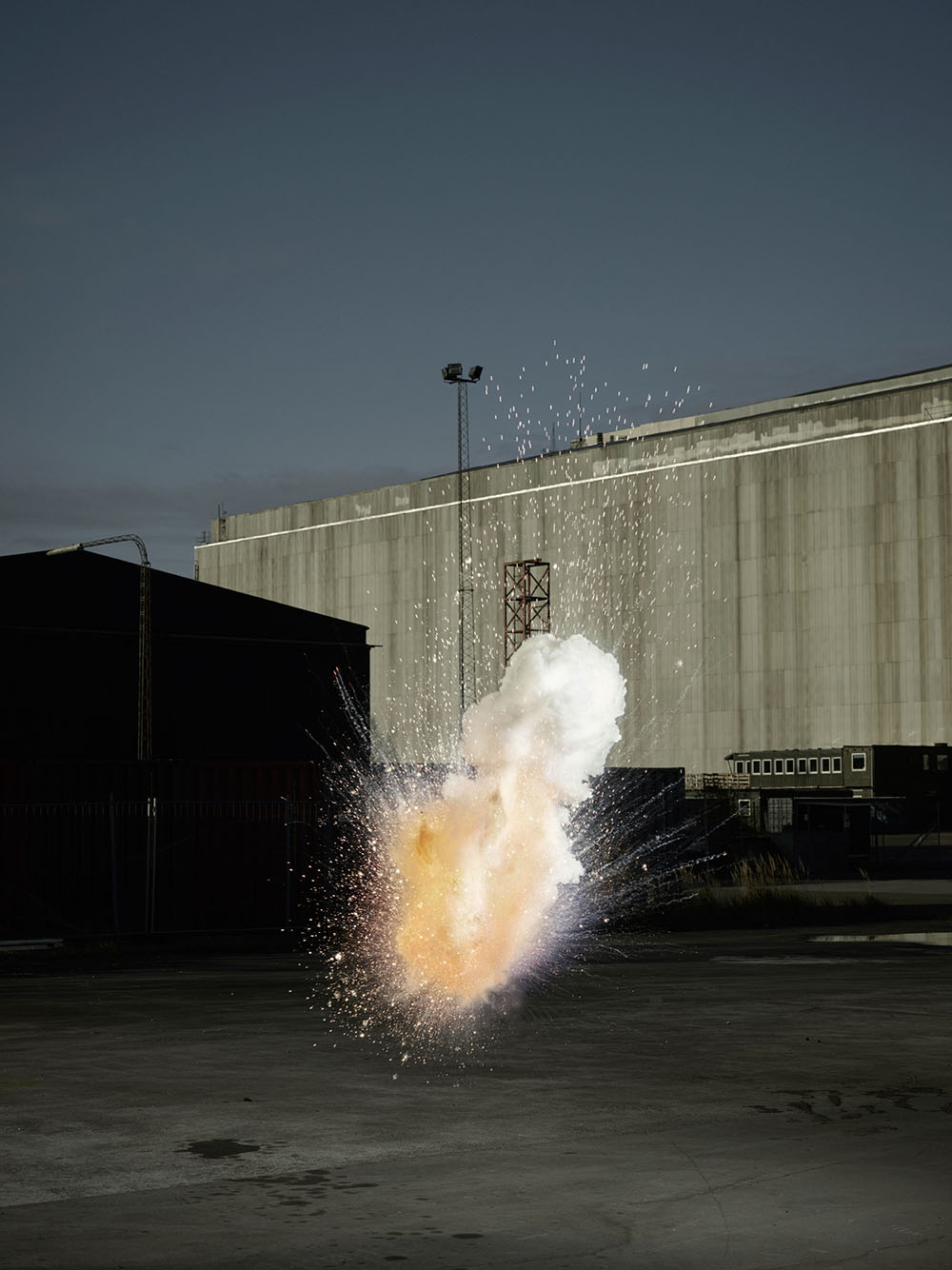