The Irish economic boom of the early noughties made a lot of people very rich. As industry and trade flourished, businessmen and women benefited from the sudden influx of wealth into the Irish economy. New opportunities within the fields of media and technology proved particularly lucrative, generating billions of euros of revenue for Ireland’s entrepreneurs.

Today, Ireland boasts an impressive array of super-rich citizens, including three self-made billionaires. Indeed, Hilary Weston, who was Irish born, is ranked as one of the richest women in the world, with an estimated personal fortune of £5.9 billion.

Similarly, Denis O’Brien, who is now a resident of Malta but was born in County Cork, is marginally richer than Donald Trump with a private wealth totalling £2.16 billion.

(5) Martin Naughton:
An engineer by profession, Martin Naughton set up Glen Electric in 1973 by acquiring a small manufacturing premises and employing a workforce of 10 people. From these humble beginnings Martin Naughton went on to build one of the largest electrical manufacturing businesses in Europe. In 2013, Glen Dimplex employs a massive 7,000 workers in the USA, UK and Ireland. The company turns over $1 billion each year, which has helped Naughton amass a £700 million fortune.

(4) Pearse Lyons:
Pearse Lyons, who counts Queen Elizabeth amongst his friends, is the founder and President of US-based Alltech Inc. The company, which specialises in animal health and nutrition, was established by Lyons in 1980 and now achieves yearly sales revenues of $700 million. It’s this impressive sales performance that has earned Mr Lyons a fortune estimated to be within the region of £720 million.

(3) Dermot Desmond:
Dermot Desmond made his £1.39 billion fortune in finance. In 1995, the Macroom born businessman set up International Investment & Underwriting, a private equity firm. This organisation provided Desmond with the means for building his fortune. The company now owns an impressive and diverse portfolio of businesses, including BETDAQ, an online gambling exchange. As well as this, Desmond is the majority shareholder of Celtic Football Club.

(2) John Dorrance III:
Ironically, the only member of the list who comes from old money is actually an American immigrant. John Dorrance III, grandson of the Campbell’s Soup founder, gave up his US citizenship in 1994 and moved permanently to Dublin. The 69 year-old billionaire has grown his wealth since he inherited his family’s fortune. Wise investments paid-off, adding considerably to Mr Dorrance’s already swollen wallet. Today, he is said to be worth a breathtaking £1.51 billion, making him the second richest Irish citizen.

(1) Pallonji Mistry:
Indian born billionaire Pallonji Mistry took Irish citizenship in 2003. With it came the title of Ireland’s richest man. Mistry, who is famed for his low profile and avoidance of the media, is a majority owner of the Tata Group, India’s largest conglomerate. His personal fortune is estimated to be in the region of £6 billion, making him richer than the rest of the list combined.

So how does Ireland’s rich list compare to the rest of the world? This interactive piece from Global Rich List is an excellent way to find out: 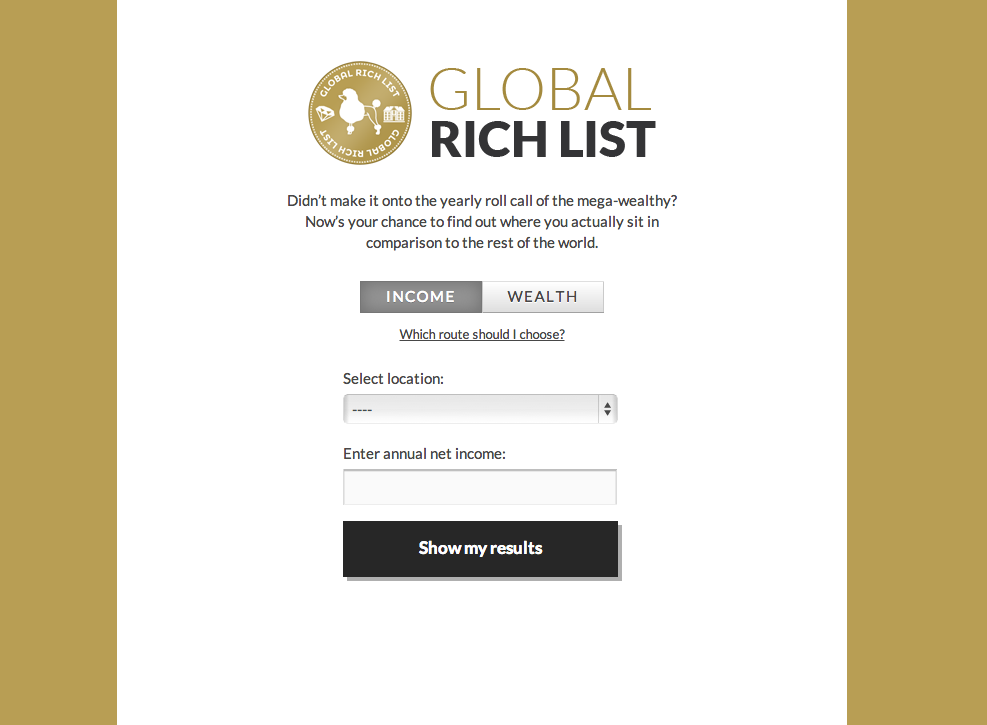