Anyone with a keen interest in photography will know that a simple pinhole camera can be constructed from a whole host of household objects. And, providing the basic principles of photography are understood and put into practise, it will successfully produce an image. Photographers Adam Donnelly and David Janesko have taken this concept to the next level for a collaborative project called Site Specific Cameras. The resourceful duo build their cameras from natural materials found throughout the landscapes they intend to photograph. Mounds of earth, rocks, and wood form the camera bodies, while the lenses are fashioned from anything with an existing hole, such as leaves, shells, and even bones. 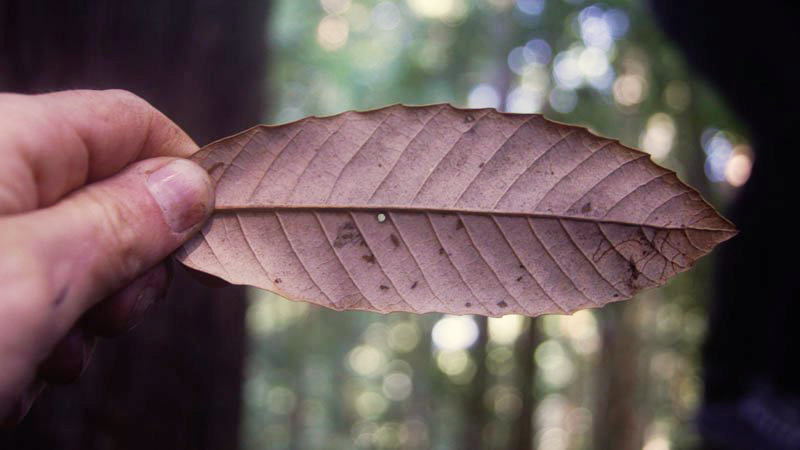 “In this way the physical components of the landscape, feedback into the character of the camera and the final photograph,” writes Donnelly. “The cameras are also large enough for one of us to fit into. We act as the mechanical parts of the camera, like the shutter and film advance.“

Having spent the last few years documenting the landscapes in the San Francisco Bay Area, the pair now plan to venture along the Rio Grande River – from Texas, through New Mexico, and into southern Colorado, building cameras along the way. For this latest expedition they have enlisted the help of crowdfunding platform Indiegogo to allow two documentary filmmakers to accompany them and record their adventure. Perks for supporting this project include one-of-a-kind prints and negatives captured whilst on their travels.

If the unique prints from previous outings are anything to go by, these images will be well worth having. They say a picture speaks a thousand words, but the photographs you’re about to see are few and far between, and come with an inspiring story, one that you’ve probably never heard before.

All images courtesy of Adam Donnelly and David Janesko.

UPDATE: We’re very pleased to announce that Adam and David’s Indiegogo campaign was a huge success, raising a grand total of $6,780. Congratulations from all of us at Visual Broadcast.