Fans of the stark, alienated world of Blade Runner will be pleased, if not a little nervous, about the newly announced release date of the sequel. The ominous neon cityscape inhabited by replicants, robots nearly indistinguishable from humans, was a chilling portrayal of the future. January 12, 2018 is less than two years away and the 1982 original was set in 2019, but how far off are we from a world with robots that are indistinguishable from humans?

Blade Runner is not the only film to have explored artificial consciousness. The directorial debut of author Alex Garland, Ex Machina, took the British Independent Film Awards by storm. Ex Machina follows the unsettling experience of a young programmer brought in to perform a Turing test on a humanoid artificial intelligence. You’ve probably heard of Alan Turing, but in case you need reminding, he was the computer scientist, mathematician, logician, among other skills, who is best known for two things; his codebreaking work during World War Two, and his early influence on computer science and artificial intelligence. The Turing test is designed to determine whether or not an artificial intelligence is convincing as indistinguishable from a human. This is considered to be the yardstick for whether or not a computer is able to ‘think’.

These digital images were created by a computer to simulate the style of famous artists: 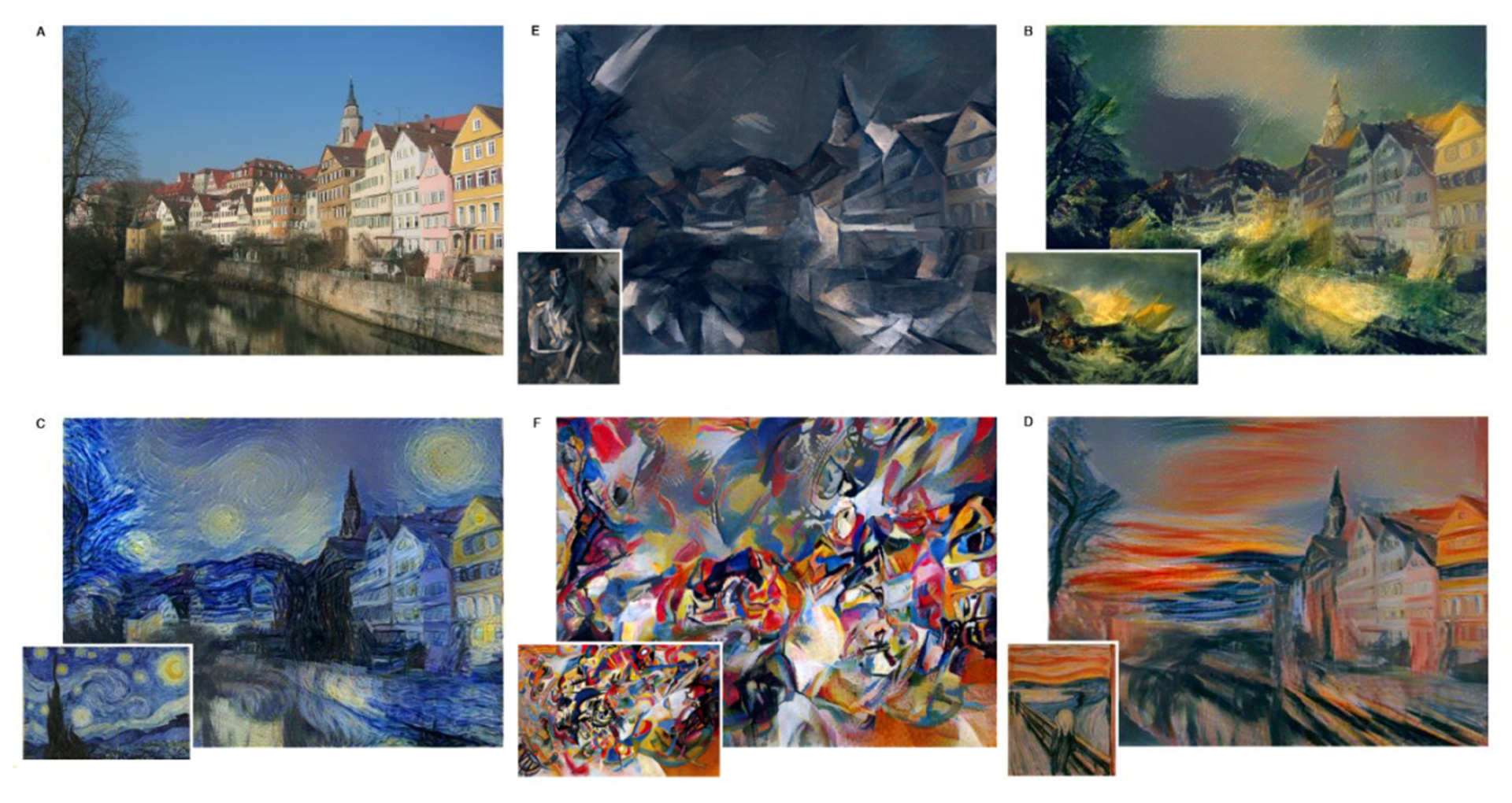 An artificial intelligence named Eugene Goostman recently passed the Turing test in a test at Reading university by simulating the conversation of a 13 year old boy. The computer programs were tested by a panel of 30 judges, talking to them through a computer interface. The computer program was judged to be human more than 30% of the time by the panel against an actual human. But ability to replicate speech patterns and simulate thought processes does not equate with sentience, a yet elusive and misunderstood quality. If AI can speak like a human and paint like in the pictures above, surely it is close to being capable of becoming indistinguishable from a human being in a few years? Perhaps not. As intriguing as science fiction speculation is, past experience shows that a lot of the predicted technological advancements (hoverboards and food pills to name two) have not yet become commonplace. Maybe these things will happen one day, but you might have to just watch the follow up to Blade Runner before it actually happens in real life.