Three years ago, Marc Hagan-Guirey aka Paper Dandy began practising the highly specialised art of Kirigami. Armed only with a scalpel, he can transform a single sheet of A4 paper into a magnificent piece of three-dimensional architecture.

Having received critical acclaim for his first solo show, Horrorgami, Marc was keen to produce another so he enlisted the help of popular crowdfunding platform Kickstarter to make it happen. The media went crazy and 200 backers pledged over £19,000 to see his Star Wars-based project Cut Scene come to life. Each of the twelve Kirigami models represents an iconic scene from the original saga, with subjects including the Millennium Falcon, Boba Fett’s Slave I, and the Cantina Bar.

May we remind you that each was formed from a single sheet of paper! 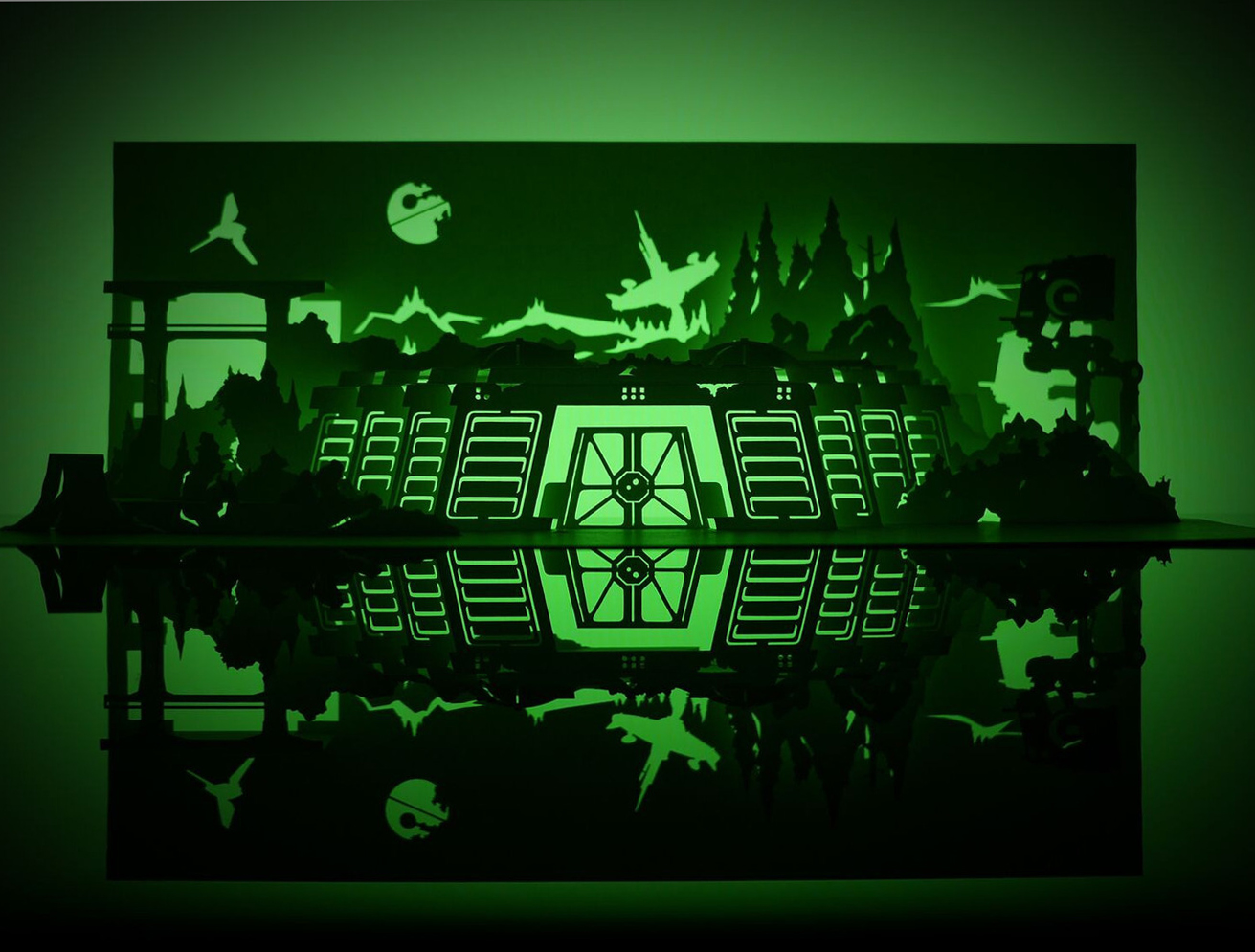 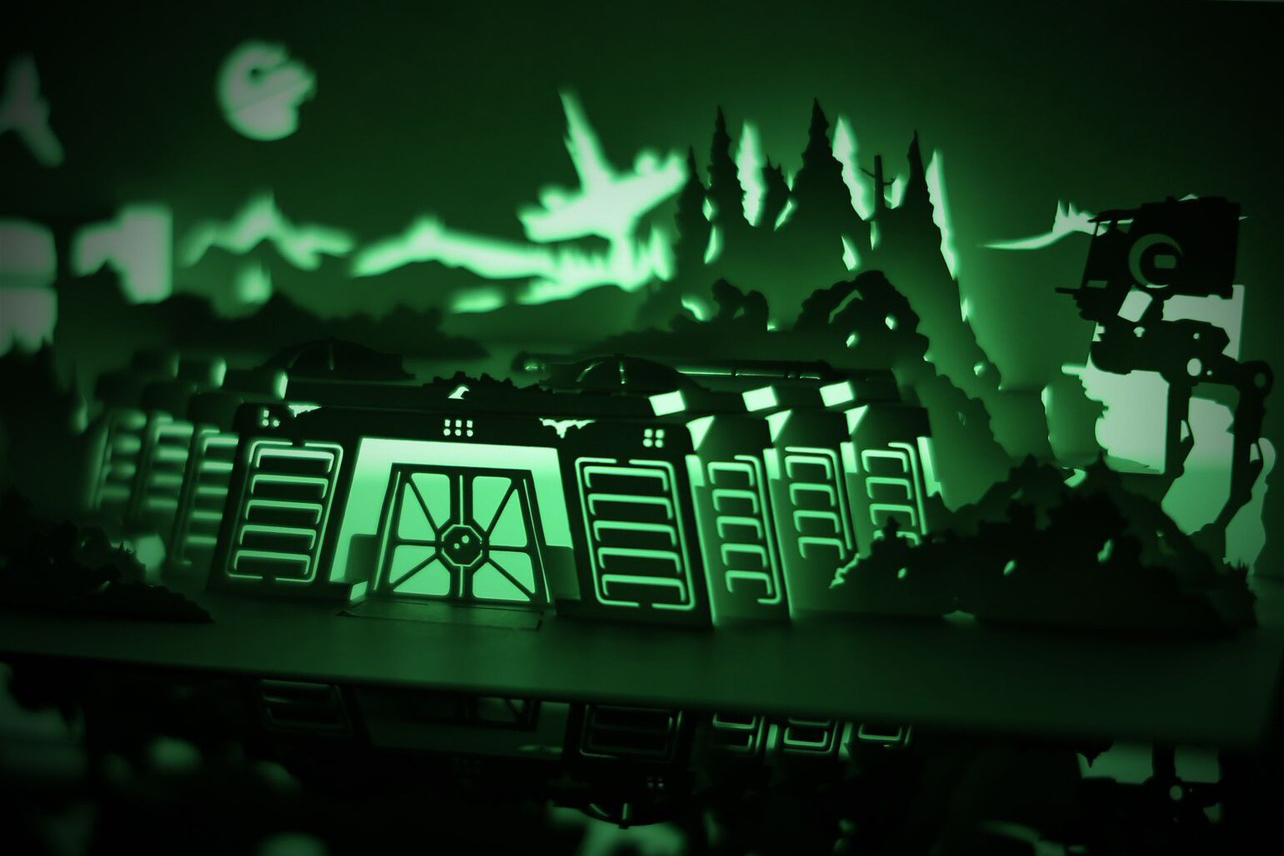 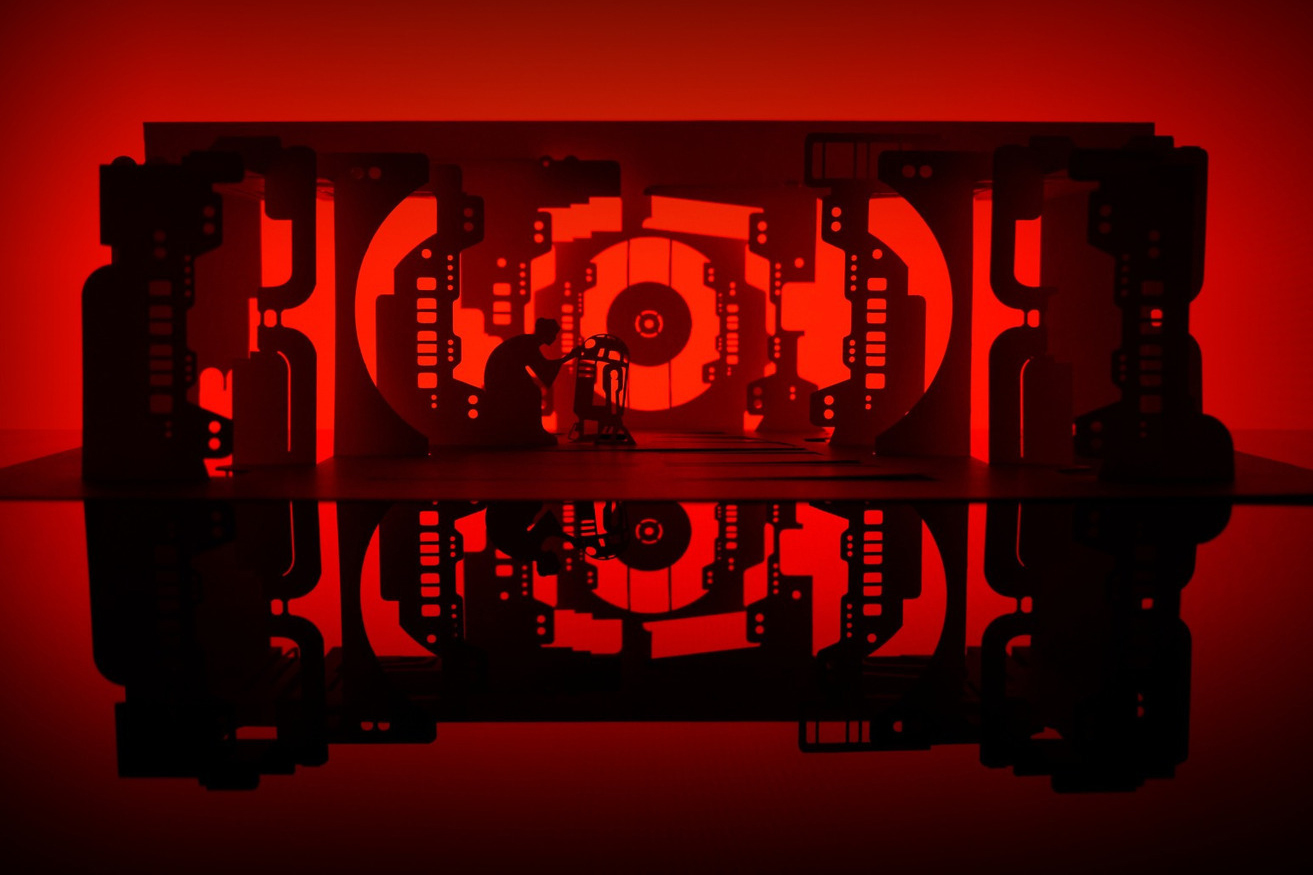 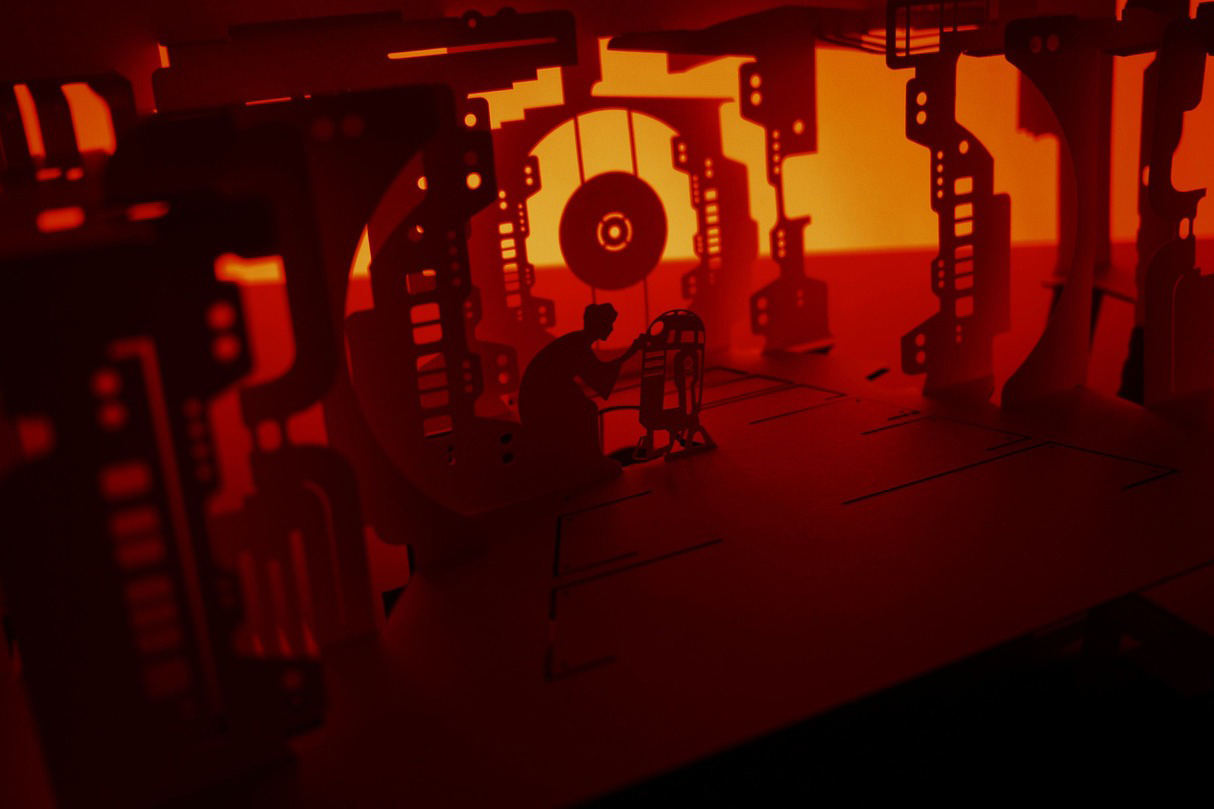 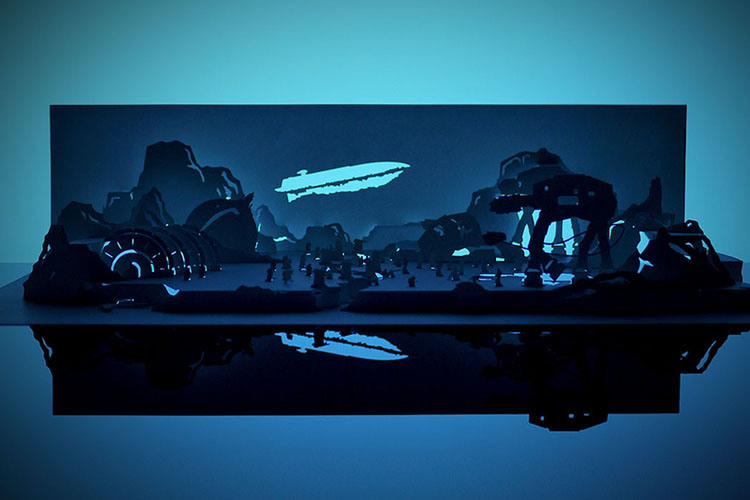 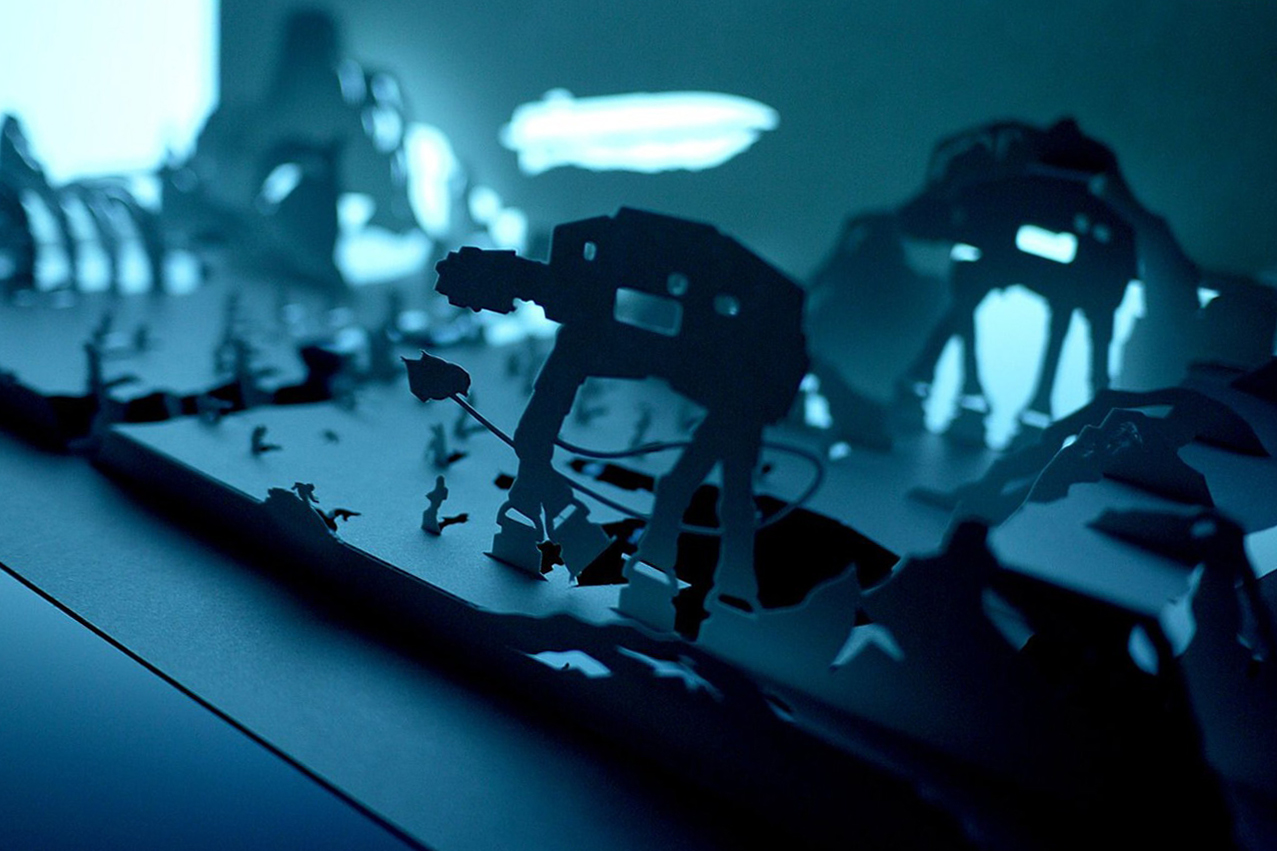 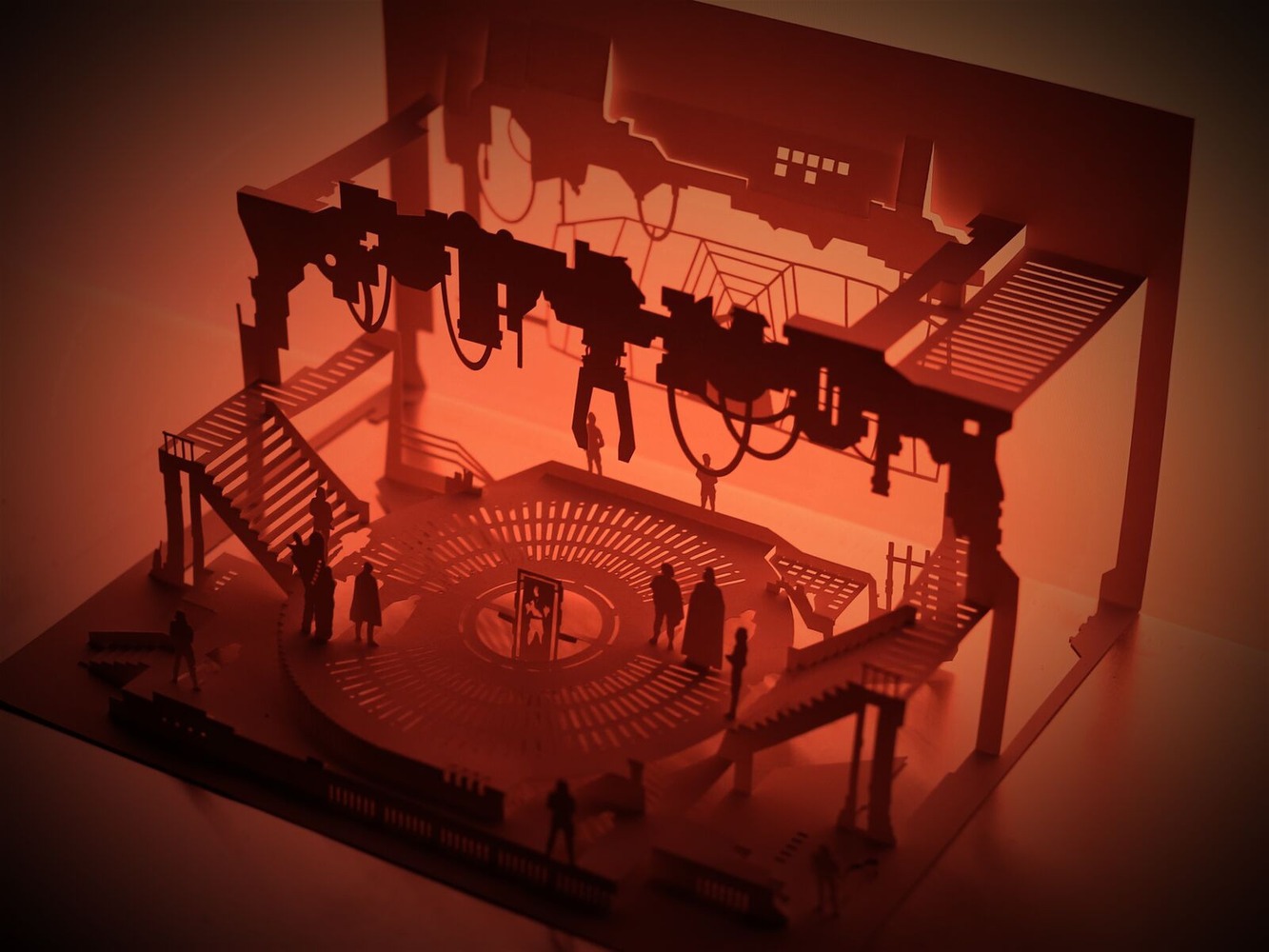 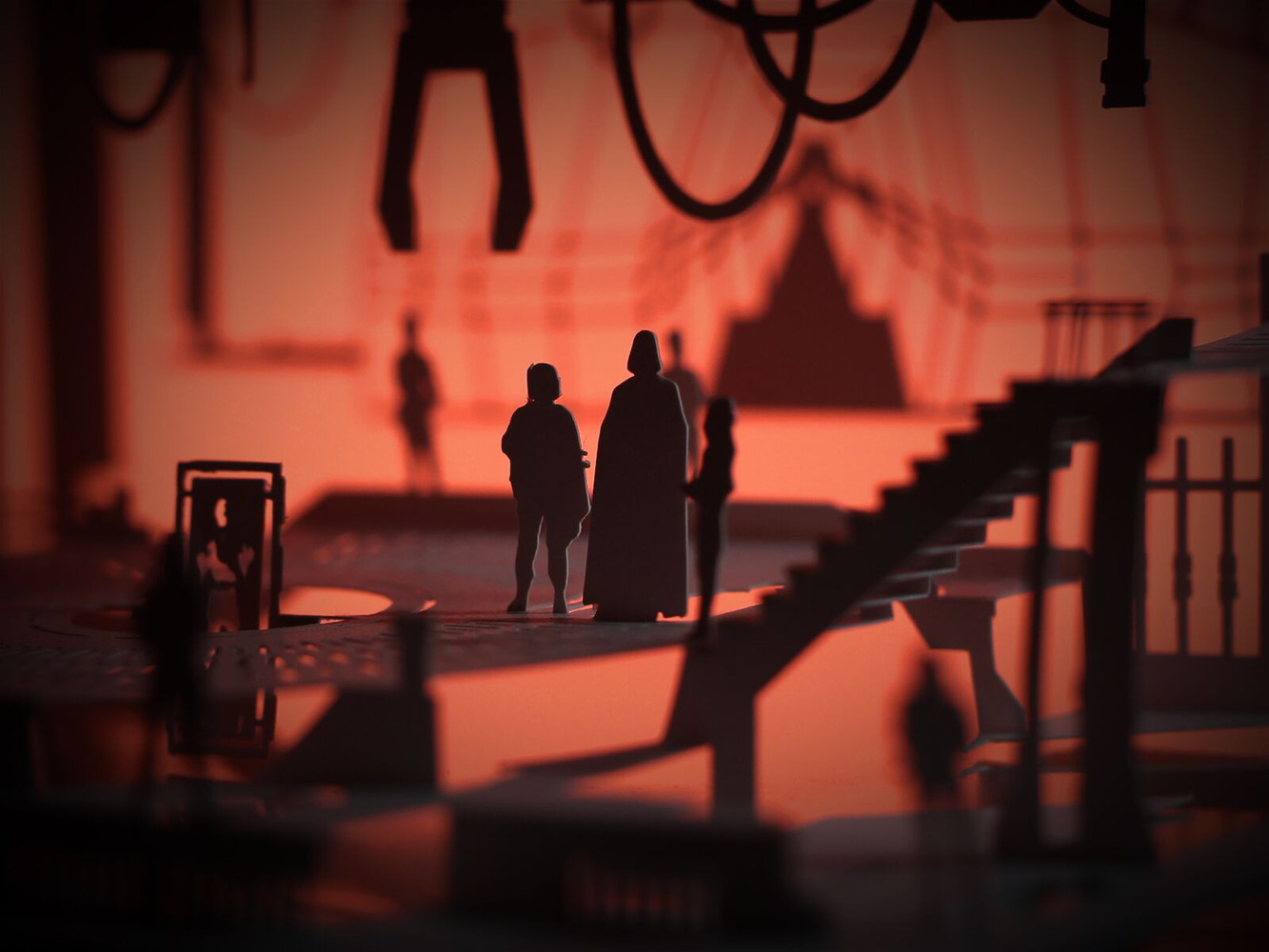 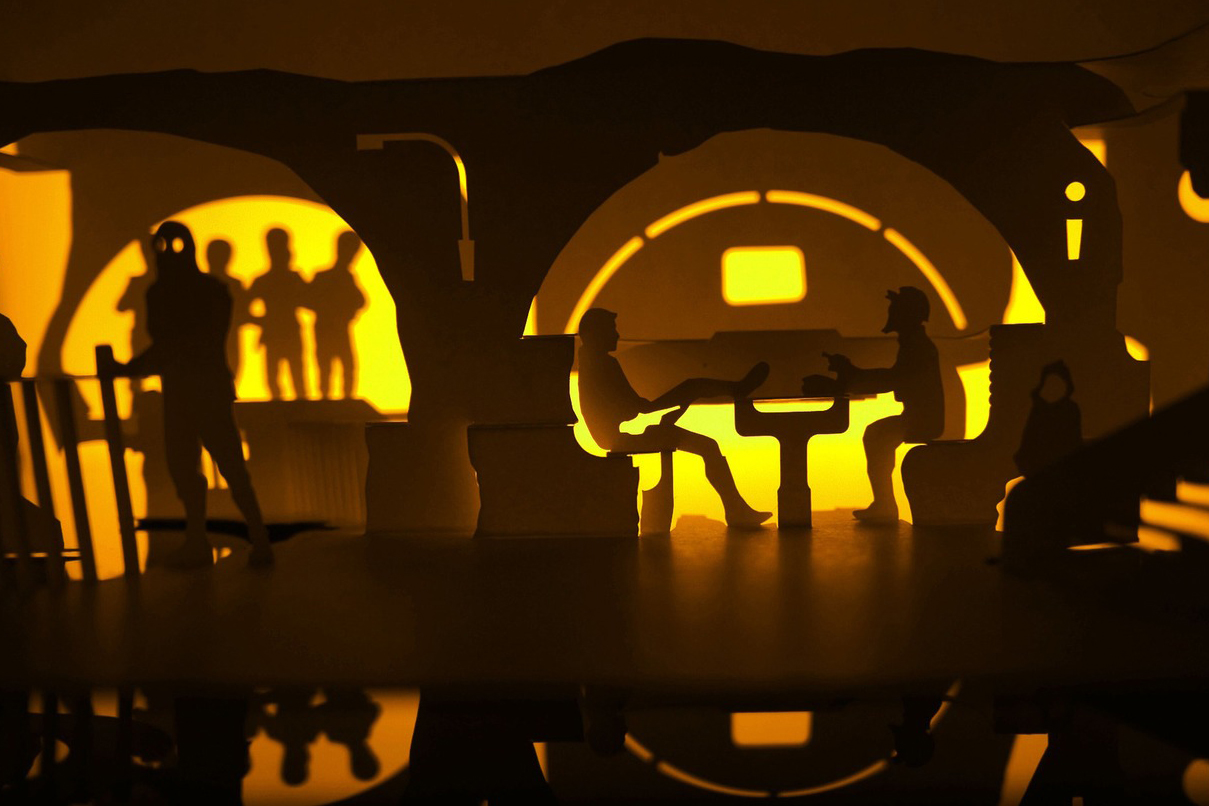 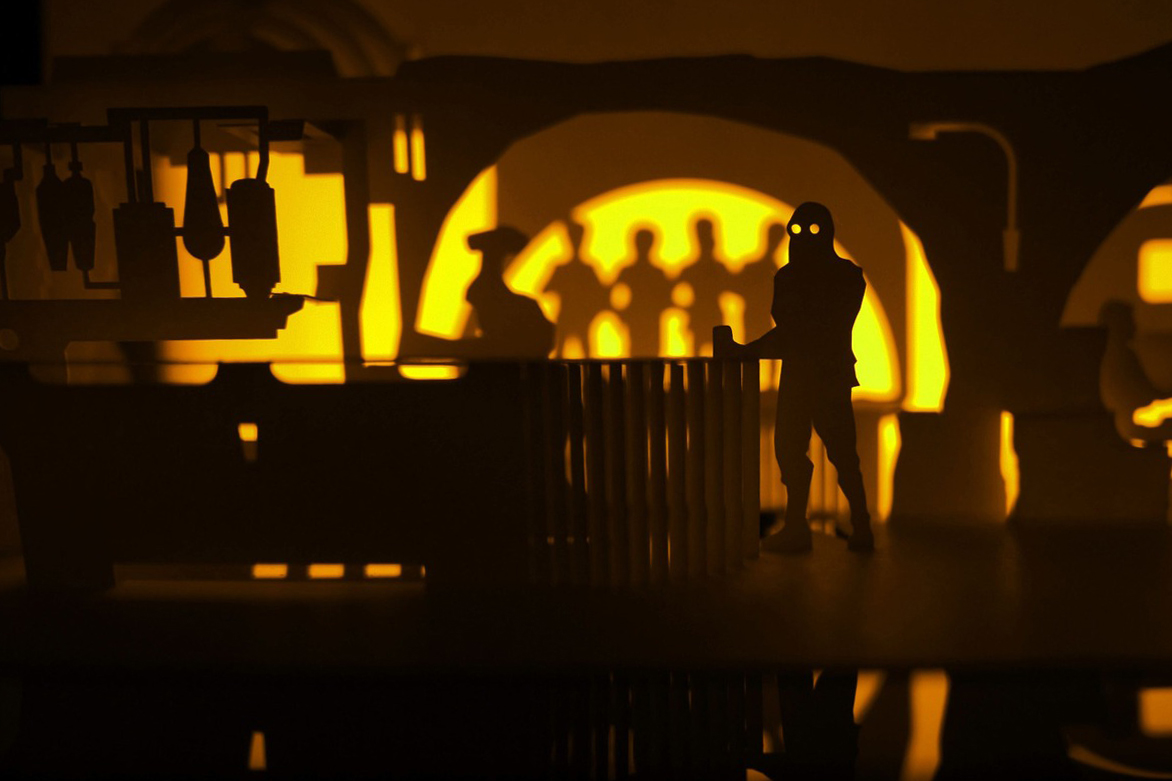 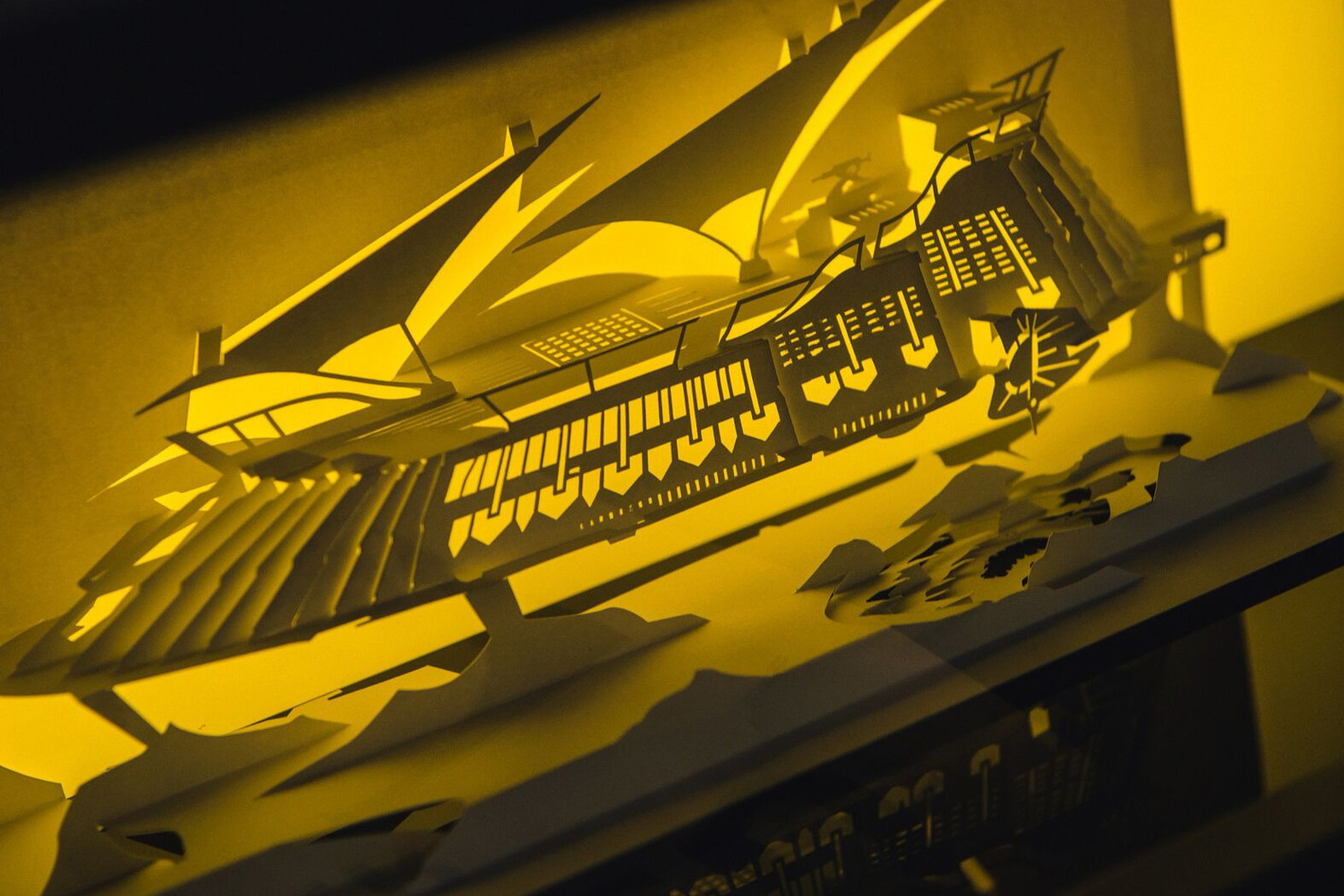 These beautiful works of art will be on display at London’s 5th Base Gallery from Saturday 8th August to Sunday 16th August 2015.