In 1949 a Russian-like man was born in a European-like city of Lvov.
Christian Orthodox.
1972 – a diploma of Ukrainian Institute of Printing, with specialization on Graphics.
1966 – the 1st revelation with associated sense of time.
1981 – the 2nd revelation with associated sense of eternity.
1979 – the first solo exhibition in Tallinn.
1981 – the second one in Poland.
That’s it.

There is only so much known about Ukrainian-born artist Alexander Aksinin. The above was a brief autobiography written for an essay by poet V. Krivulin which mixed the metaphysical with more prosaic factual information. Whatever the two revelations mentioned refer to remains unknown, and whether the nature of this statement was serious or playful adds to the mystery that surrounds him.

Aksinin was born on October 2nd 1949 in the beautiful city of Lviv. He studied Graphic Arts at the Ukrainian Institute of Printing and, following his graduation, began working as an art editor for a publishing house. He had a stint in the Soviet Army before going on to work in an industrial design office. But in 1977, his attention turned to his art.

Aksinin’s time on Earth was tragically cut short when he was involved in a plane crash in 1985 – he passed away just a few months prior to his 36th birthday. In his short life he produced an admirable body of printed and drawn work that have an air of the esoteric and demonstrate a unique viewpoint as well as a precise touch. It’s a shame we will never know what he might have gone on to produce. 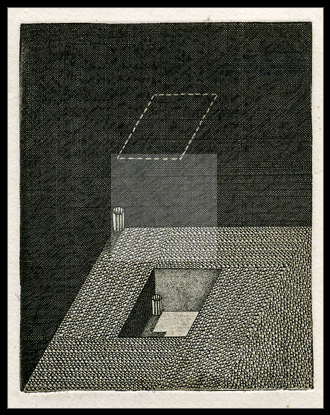 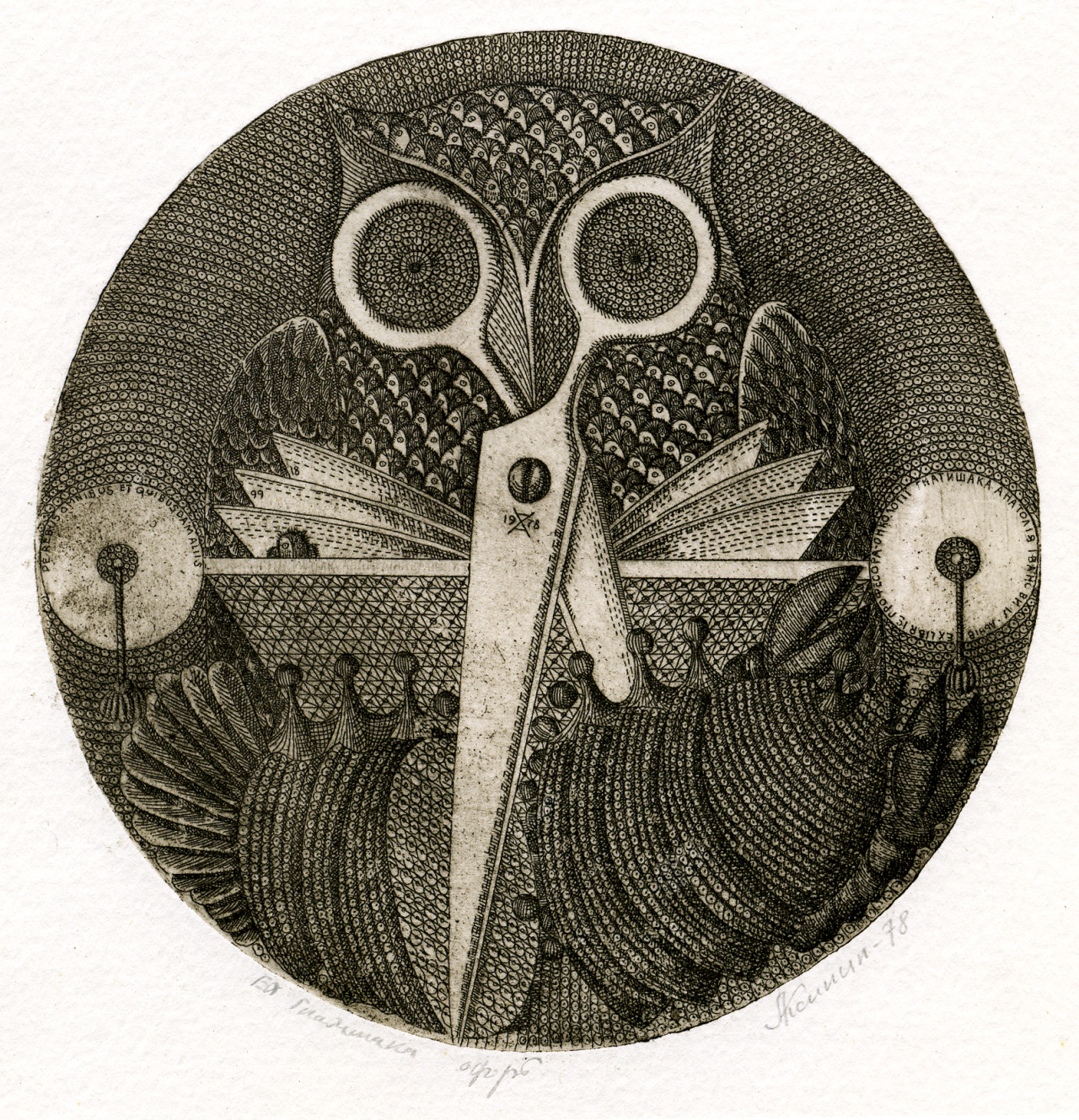 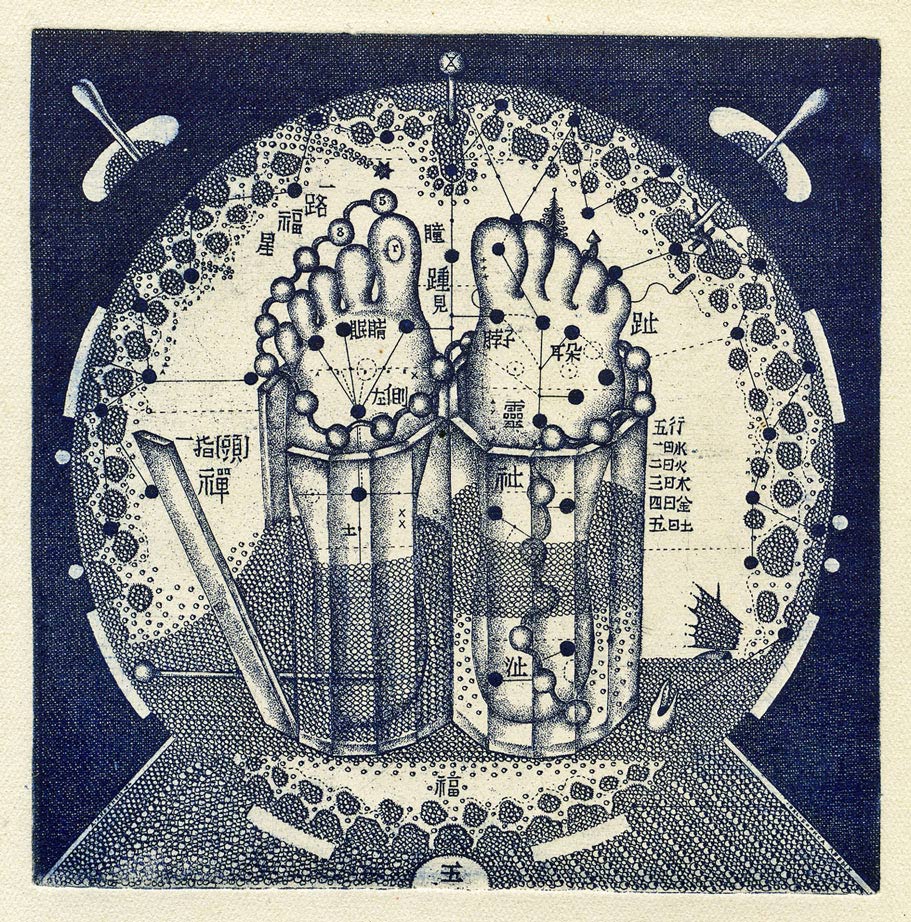 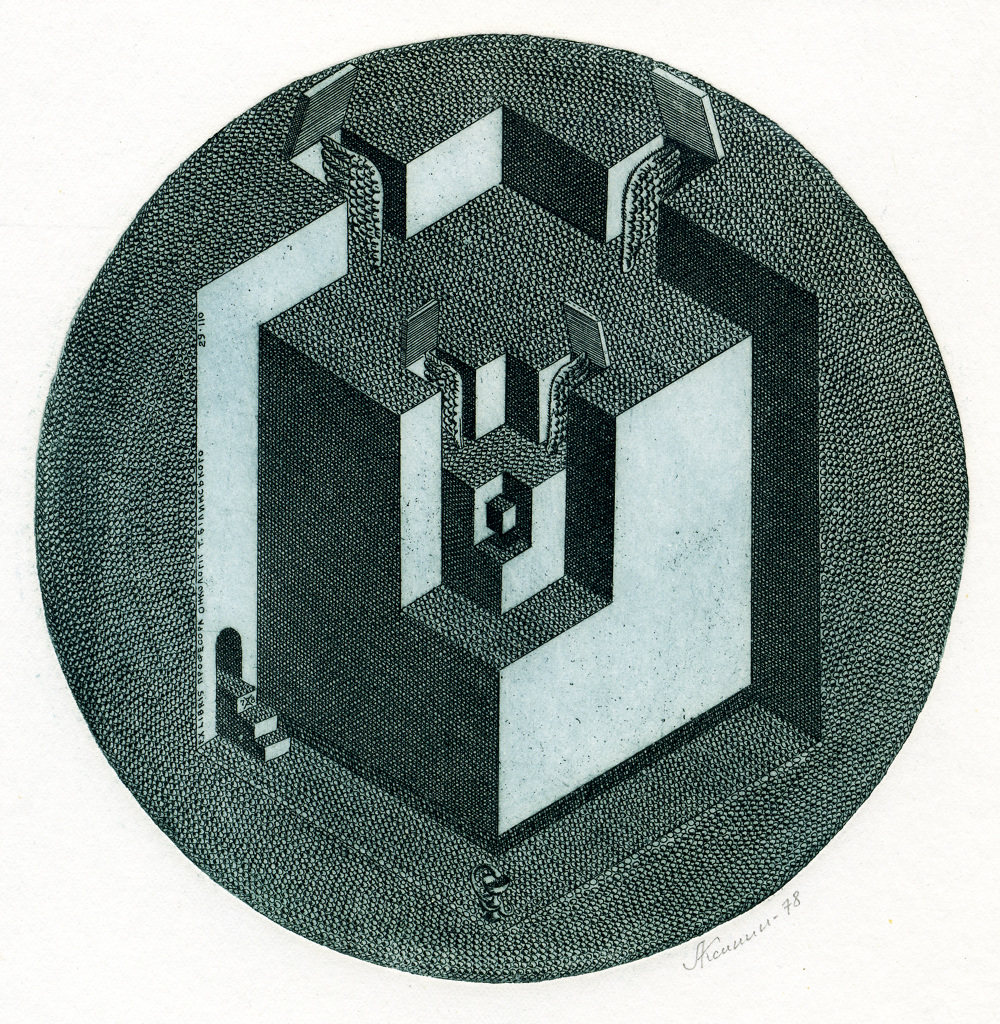 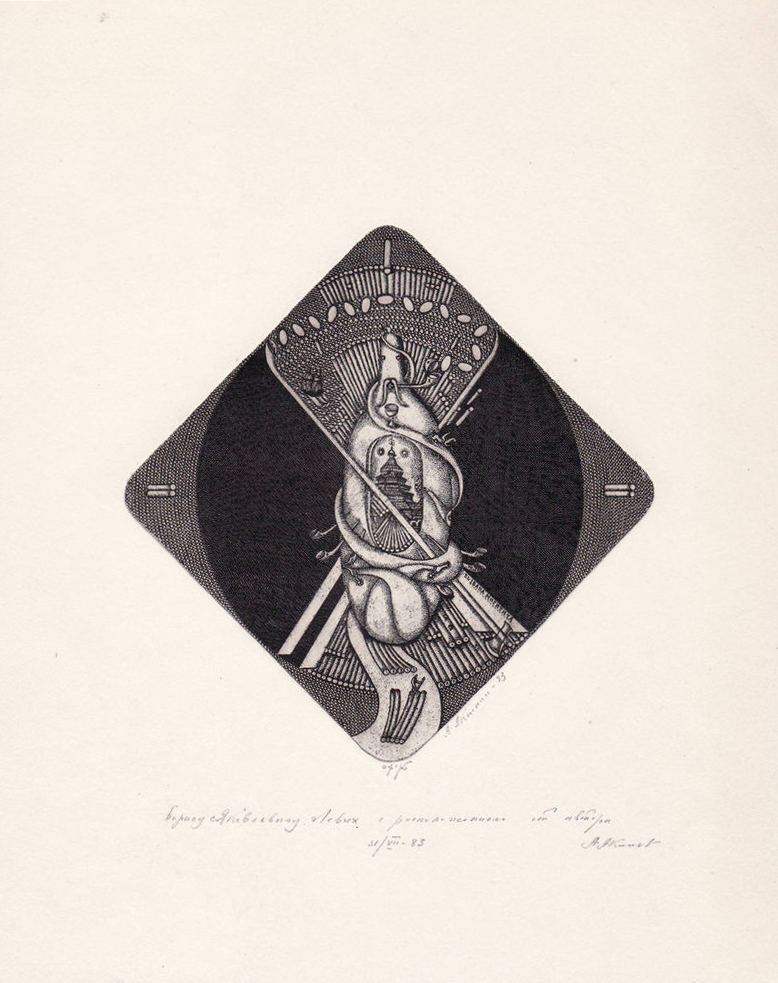