This is Los Angeles as you’ve never seen it before – and it’s beautiful. Captured from an altitude of 1,000 – 2,000 feet, 71 year old photographer and architect Jeffrey Milstein takes us on a tour of some of the world’s largest cities from a typically unseen perspective.

Milstein’s lifelong love of flying and interest in the different economic effects of neighbourhoods led him to create this series of aerial imagery revealing the patterns, layering and complexity of cities. He says: “In LA, the socio economics of neighbourhoods are evident in the colour hue and patterns of the aerial images. The hue shifts from browns toward greens and blues in the increasingly wealthy neighbourhoods which have more trees, pools, and tennis courts, and the roads become more curved. The American dream of owning ones own single family home can be seen at one extreme in the most affluent LA neighbourhoods, where nearly every house has its own pool and tennis court, often just feet from the neighbours.” 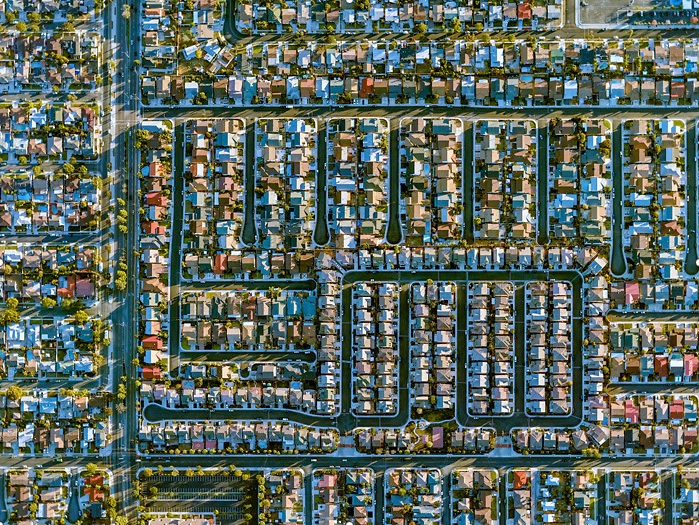 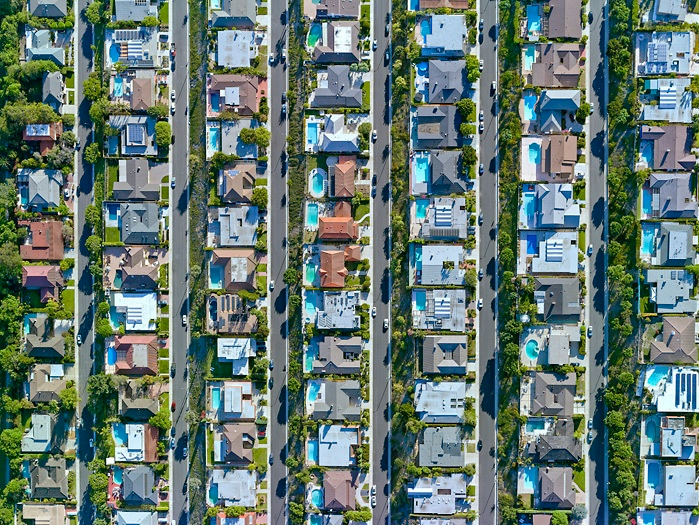 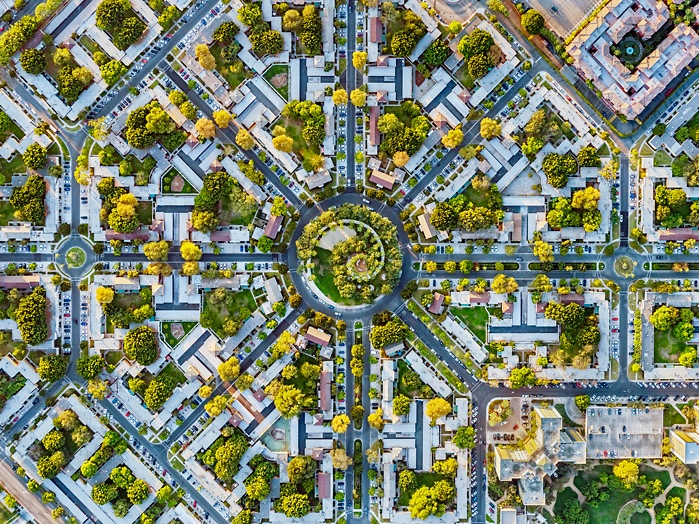 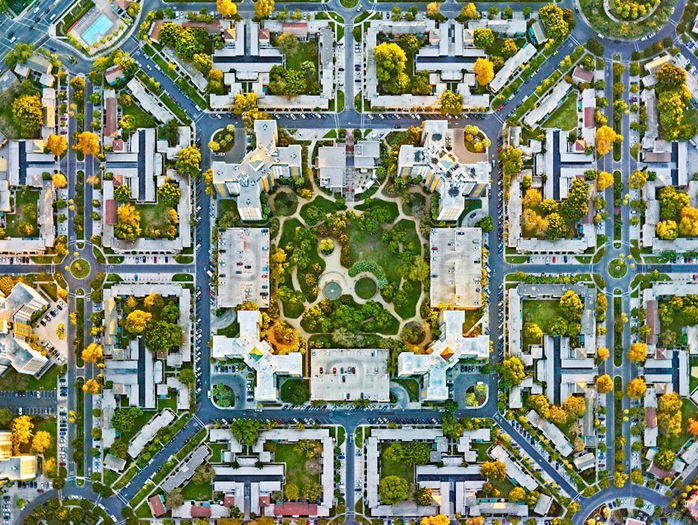 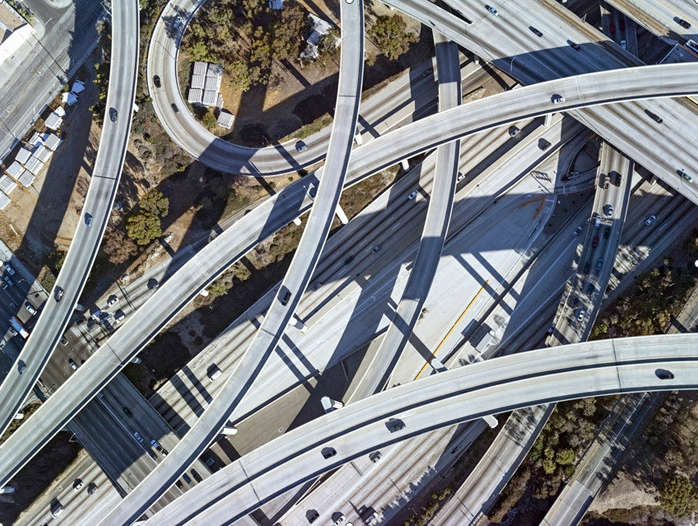 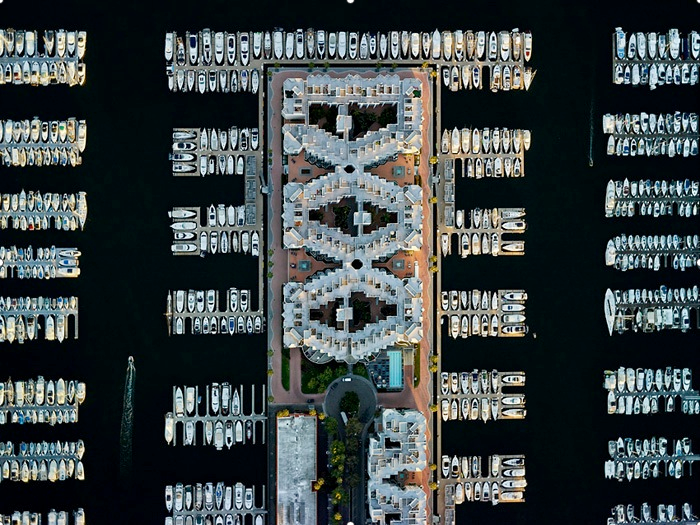 Milstein plans to continue this series and photograph other cities from above. In the meantime, take a look at his aerial images of New York.